Now Even Putin Admits Russians May Have Meddled In Election 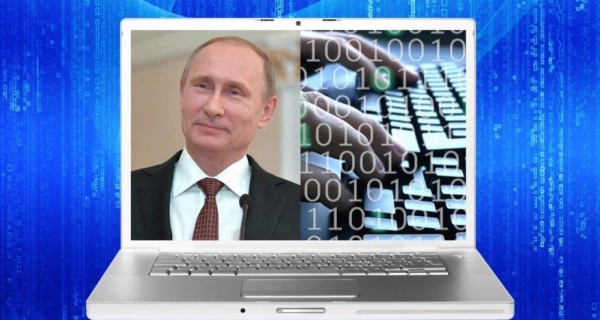 Shifting from his previous blanket denials, President Vladimir V. Putin of Russia said on Thursday that “patriotically minded” private Russian hackers could have been involved in cyberattacks last year to help the presidential campaign of Donald J. Trump.

While Mr. Putin continued to deny any state role, his comments to reporters in St. Petersburg were a departure from the Kremlin’s previous position: that Russia had played no role whatsoever in the hacking of the Democratic National Committee and that, after Mr. Trump’s victory, the country had become the victim of anti-Russia hysteria among crestfallen Democrats.

Raising the possibility of attacks by what he portrayed as free-spirited Russian patriots, Mr. Putin said that hackers “are like artists” who choose their targets depending how they feel “when they wake up in the morning.”

“If they are patriotically minded, they start making their contributions — which are right, from their point of view — to the fight against those who say bad things about Russia,” he added.

His remarks echoed ones by Mr. Trump, who has dismissed accusations of Russian meddling and said that the person responsible for the attack on the Democratic National Committee “could be somebody sitting on their bed that weighs 400 pounds.”

All the same, Mr. Putin stuck firmly to earlier denials that Russian state bodies or employees had been involved, an accusation leveled by United States intelligence agencies. They concluded in January that Mr. Putin himself had directed a Russian “influence campaign” involving cyberattacks and disinformation intended to tilt the November election in Mr. Trump’s favor.

“We’re not doing this on the state level,” Mr. Putin said on Thursday.

The boundary between state and private action, however, is often blurry, particularly in matters relating to the projection of Russian influence abroad. Nominally private Russian citizens have fought alongside Russian-speaking rebels in eastern Ukraine and have taken part in various campaigns to advance Moscow’s agenda in Eastern and Central Europe.

“I can imagine that someone is doing this purposefully — building the chain of attacks so that the territory of the Russian Federation appears to be the source of that attack,” Mr. Putin said. “Modern technologies allow to do that kind of thing, it’s rather easy to do.”

In this, Mr. Putin appeared to be repeating an argument he first made earlier in the week in an interview with the French newspaper Le Figaro.