According To Reports, Jared Kushner Admitted That Trump Lies To His Base And Thinks They're Stupid 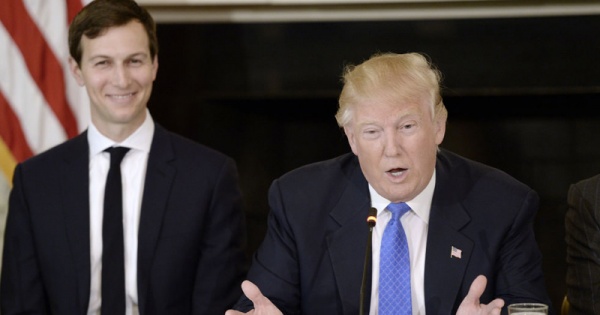 I cannot wait until the day comes when we can look at a Donald Trump–free White House and say, "Our long national nightmare is over." Of course, there's a solid chance that day will arrive because the sweet release of death has come to us following a barrage of bombs from countless foreign powers who had been deemed "losers" and "very low energy" in the last State of the Union. Anyway, that day is not yet upon us, and instead we're left with just another piece of news that would almost certainly make us laugh if it weren't for the fact that the future of the republic is in the (quite small) hands of an egotistical and bigoted maniac.

This tidbit comes from the former editor of the New York Observer, Elizabeth Spiers. As you probably know by now, the boy wonder–slash–rich kid whose stupidity and arrogance could help bring down the disastrous Trump administration, Jared Kushner, bought the New York Observer back in 2006. And as such, he had some conversations with the former EIC of said paper-turned-website. In one such conversation, Kushner allegedly revealed to Spiers what is obvious to most of us, but sadly not enough of us.

Let me emphasize that. Jared Kushner on Trump's birtherism: "He doesn't really believe it, Elizabeth. He just knows Republicans are stupid and they'll buy it." That's the president's most trusted adviser admitting to the fact that his father-in-law regularly lies to his supporters because he thinks they're dumb and will believe him. This is a man with no real morals, no real beliefs, but who is willing to peddle any sort of hatred or monstrous thought if he thinks that it will help him toward the nebulous goal of "winning."

And as frustrating as that is—and make no mistake, it is "punch a wall"–level frustrating—it's important to note that just because we know that he's lying to his base doesn't mean that we know what he actually believes. We are in a web of lies that is too tangled to decipher. And that's the scariest thing of all. A man who is constantly lying to everyone he meets is a dangerous man to represent the United States on the world stage. If other countries can't trust even the most basic of statements from our president, then we are in a terrifyingly unstable moment in history.