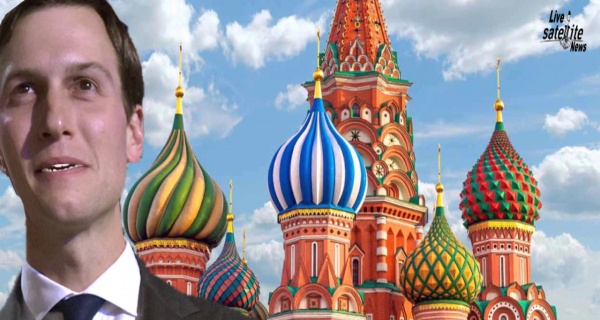 One of the overlooked aspects of yesterday’s news that the F.B.I. is interested in Jared Kushner, President Trump’s son-in-law, is that Kushner played a role in the firing of James Comey, the former F.B.I. director. Kushner is not formally a target of the F.B.I.’s sprawling investigation, but I was reminded of his role in Comey’s removal while discussing Kushner with a person close to Comey. The former F.B.I. director is known to have drafted a series of memos about his interactions with Trump, and—importantly—with other White House and Administration officials. Whether Kushner is mentioned in the Comey memos is not known. The source close to Comey offered a terse “no comment” when I asked about additional details, but the point is that Comey was aware of and carefully documenting how the White House reacted to him and his Russia investigation. “That’s a memo-driven place,” the source said.

Some of the commentary about these Comey memos has suggested that they were simply personal notes that weren’t shared widely at the F.B.I. That is not the case.

“The Bureau has them all,” the source close to Comey said. “They’ve always had them all. That’s another thing that people sort of missed the point of. These memos weren’t just some personal little effort on the part of Jim. He was the tip of the operation, and knew it, and really felt accountable to the rest of the people around him to tell them what is going on and help them be a part of the decision-making on what he should say and do.”

The F.B.I.’s interest in Kushner appears to be related to the two known meetings that he had with Russian officials. The first, which was originally reported by The New Yorker, occurred in early December, at Trump Tower, when Kushner and Michael Flynn, then the incoming national-security adviser, met with Sergey Kislyak, the Russian Ambassador to the United States. On Friday evening, the Washington Post added dramatic new details about what occurred at this meeting, which it said took place on December 1st or 2nd. Kushner and Kislyak, according to the Post’s sources, “discussed the possibility of setting up a secret and secure communications channel between Trump’s transition team and the Kremlin, using Russian diplomatic facilities in an apparent move to shield their pre-inauguration discussions from monitoring.”

Kushner then met with Sergey Gorkov, the head of Vnesheconombank, a Russian bank, later that month, reportedly at Kislyak’s request. The bank is the subject of U.S. sanctions that were placed on Russia in 2014, after its invasion of Ukraine. Perhaps more concerning, Gorkov is also a graduate of Russia’s Academy of the Federal Security Service, which trains the country’s spies. The meetings may have been entirely innocent. It’s not uncommon for an incoming White House adviser to meet with foreign officials. But the meetings seemed even more curious when it was reported that Kushner failed to disclose them on a standard security form, known as a SF-86, that all White House officials must fill out and sign.

In Congress, the fallout from these revelations was swift. The Senate Intelligence Committee announced that it wanted to interview Kushner about his contacts with Kislyak and Gorkov. (Kushner has agreed to testify, and, unlike Flynn, he has not announced that he will assert his Fifth Amendment right against self-incrimination.) In the House, several Democrats sent a letter to the Trump Administration asking that Kushner be stripped of his top-secret security clearance. “Knowingly falsifying or concealing information on a SF-86 questionnaire is a felony, punishable by up to five years in prison,” the letter said.

Given these previous reports, yesterday’s news that the F.B.I. is interested in Kushner is not surprising. “Mr. Kushner previously volunteered to share with Congress what he knows about these meetings,” Kushner’s lawyer, Jamie Gorelick, said in a statement. “He will do the same if he is contacted in connection with any other inquiry.”

The second half of the statement suggests that Kushner has not yet been contacted by the F.B.I., a fact confirmed to me by the White House. Defenders of Kushner seized upon this detail as somehow exculpatory, noting that Flynn had been interviewed by the F.B.I. in January. But this might not mean much. In fact, it could actually be a bad sign. “The fact that Kushner hasn’t been contacted now, let’s assume it’s true,” the source close to Comey said. “It’s either meaningless with respect to culpability or, pointing to the riskier side, the more likely that he’s implicated, because the people you’re really suspicious of you don’t really interview until later.”

For Kushner, there are other causes for concern. Reuters reported Friday evening that Kushner had two previously undisclosed phone calls with Kislyak during the presidential campaign. (Gorelick said in a statement that Kushner has “no recollection of the calls as described.”) Meanwhile, President Trump’s treatment of Comey has raised serious questions about whether the President may have obstructed justice. He reportedly asked Comey to pledge loyalty to him and to drop the Flynn investigation, and then he fired him and publicly admitted it was over Comey’s handling of the Russia probe.

What was Kushner’s role in these decisions? The Times reported that Kushner, along with Vice-President Mike Pence and the White House counsel, Don McGahn, “generally backed dismissing Mr. Comey.” In another report, the paper noted that Kushner specifically “had urged Mr. Trump to fire Mr. Comey.” After Comey’s dismissal, when Rod Rosenstein, the Deputy Attorney General, appointed a special counsel to take over the case, the Times reported that Trump met with more than half a dozen senior aides to discuss how to respond.

“Most of those gathered recommended that the president adopt a conciliatory stance and release a statement accepting Mr. Rosenstein’s decision and embracing a swift investigation that would clear the cloud of suspicion hovering over the West Wing,” the paper said. But there was one dissenter: Kushner, who was “urging the president to counterattack.”

This reporting makes it clear that it wasn’t just Trump who had a conflict of interest when deciding on whether to fire Comey. Trump’s conflict is clear: his former national-security adviser (Flynn), former campaign manager (Paul Manafort), former foreign-policy adviser (Carter Page), and former political adviser (Roger Stone), are all reportedly being investigated by the F.B.I.. But less has been said about Kushner’s conflict. Should Kushner, who we now know is under some level of scrutiny by the F.B.I., be advising his father-in-law to fire the F.B.I. director and “counterattack” the special counsel?

Kushner’s lawyer, Gorelick, is a well-known Democrat, and was Deputy Attorney General in the Clinton Administration. She is no stranger to the ways that the F.B.I. operates. She also knows Congress and how to navigate the committees that want Kushner to testify. Certainly, she is likely to have good relationships with Hill Democrats, who are far more aggressive with respect to the Russia investigation and have already targeted Kushner specifically.

When Kushner hired Gorelick, he perhaps thought that her Democratic pedigree was an asset. But it’s also worth noting that, last year, Gorelick served as perhaps one of the harshest critics of Comey’s handling of the Clinton e-mail case. Comey’s willingness to make aspects of the case public was a violation of Justice Department guidelines and “antithetical to the interests of justice, putting a thumb on the scale of this election and damaging our democracy,” she wrote in an op-ed for the Washington Post co-written with Larry Thompson, a Deputy Attorney General under George W. Bush. People close to Comey are protective of him and his reputation and bristle at the mention of Gorelick’s name. Comey, of course, is gone, but his senior leadership at the F.B.I. remains in place—and one of his closest professional colleagues, Robert Mueller, his predecessor as F.B.I. director, is the special counsel in charge of the Russia case.

The main takeaway from the Kushner news is similar to the takeaway from Trump and Flynn’s handling of the Russia probes. In each case, we have a series of actions by people who seem to be concealing specific contacts with Russians connected to the Kremlin’s intelligence services and then acting to thwart an investigation. Flynn lied about his contacts with Kislyak. Trump tried to kill the F.B.I. investigation of Flynn and eventually fired his F.B.I. director. Kushner hid his contacts with Russian officials and then pressed his father-in-law to sack Comey, who was looking into the matter. “Anytime someone on the Trump campaign conceals or misleads about a contact they had with Russia at the time of Russia’s interference campaign, that’s a big red flag,” Eric Swalwell, the Democratic congressman, who is a member of the House Intelligence Committee, said.