Ben Carson Blames The Poor For Being Poor 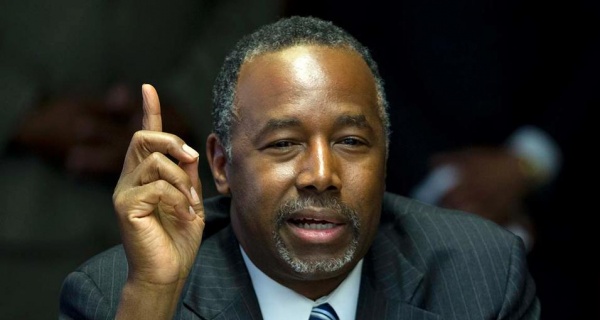 Ben Carson, the head of the Department of Housing and Urban Development, faced an intense backlash on Wednesday for calling poverty “a state of mind.”

Mr. Carson, who oversees a department that handles housing for millions of low-income Americans, made the comments during a radio interview on Tuesday with Armstrong Williams, a friend and conservative media personality. During the talk, Mr. Carson, a retired neurosurgeon, said he thought some people were poor because of their outlook on life.

“I think poverty to a large extent is also a state of mind,” he said, according to a transcript of the interview that was released on Wednesday. “You take somebody that has the right mind-set, you can take everything from them and put them on the street, and I guarantee in a little while they’ll be right back up there.”

He added that helping people may not better their lives.

“You take somebody with the wrong mind-set, you can give them everything in the world — they’ll work their way right back down to the bottom,” Mr. Carson said.

The remarks caused an immediate uproar on Twitter, with the former top Obama adviser Valerie Jarrett and the actor and rights activist George Takei, among others, taking sharp aim at him.

Mr. Carson has often credited his mother for helping him focus on his education and rise out of poverty. During the interview, he reiterated her influence on him and argued that others needed to be pushed.

“If everybody had a mother like mine, nobody would be in poverty,” Mr. Carson said. “She was a person who absolutely would not accept the status of victim.”

When Mr. Carson assumed the helm of the Department of Housing and Urban Development, he had no government experience and no political experience beyond a failed bid for the Republican presidential nomination and said he had no burning desire to run a major federal bureaucracy.

His views on alleviating poverty were informed by his childhood in Detroit and his own journey to become a renowned brain surgeon at Johns Hopkins Hospital in Baltimore.