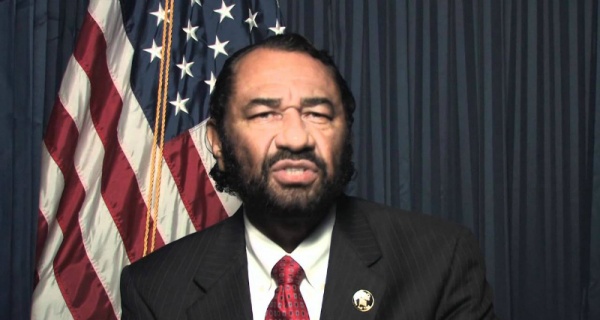 Democratic Texas congressman who called for the impeachment of President Donald Trump has been deluged with racist threats of murder and hanging, reported Fusion.com on Saturday.

U.S. Rep. Al Green — who called for Trump to be removed from office last Monday — played recordings of voice mail messages he has received since he spoke out against the Trump presidency to a Friday night town hall meeting in his district.

“You can decide for yourself what we’re dealing with,” Green said before playing the recordings.

“You ain’t gonna impeach nobody, you f*cking ni**ger!” said the first caller. The subsequent messages were more of the same, including taunts of “We’re gonna hang all you ni**ers” and “you’ll be hanging from a tree.”

Hate crimes against nonwhites, LGBTQ people and immigrants have spiked since Trump’s election as racists emboldened by Trump’s white nationalist agenda act on their prejudices.