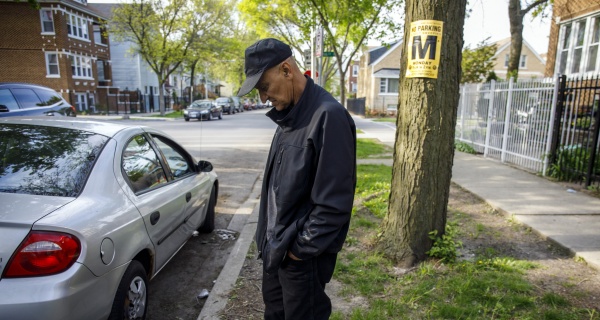 Twenty-four hours after his son and daughter were killed in a mass shooting, Gabriel Gomez returned to the crime scene in Brighton Park.

Someone had to pick up his daughter's car.

Yellow crime tape was still tied to sign posts near the spot where Adriana and Michael Williams — two of his five children — were gunned down Sunday as they gathered at a memorial for a friend who had been shot to death down the street hours earlier.

Adriana, 27, had picked up Michael, 24, at the Little Village home where Michael lived with their father. They drove to the memorial for their friend, Daniel Cordova, at the corner of West 46th Place and South Rockwell Avenue.

"She came to the house, took a shower, changed some clothes and brought me some stuff that she was going to be moving with me," Gomez said. "We were about to get a bigger apartment."

Around 5 p.m., two men with rifles stepped from an alley and opened fire on the vigil, killing the brother and sister and wounding eight other people.

"My daughter-in-law came in crying, she walked straight up to me," Gomez said. "I said, 'What is it, you guys got into, got into a fight or something?' "

"She said, 'No, Michael is dead, Adriana is dead.' I thought she was playing. You never think something like this could happen. Two of them gone. It's impossible. I've been crying all day and all night.

"They're in the morgue right now. We can see them tomorrow."

He returned to the scene Monday to retrieve his daughter's car. She had parked the silver Dodge Neon a few feet from the corner where she was shot, but the police had been unable to find her keys.

"We got the ignition open and went and got a different key. But this thing don't want to fit in it," Gomez said, pacing the sidewalk while a friend worked. He was anxious to get moving but took a look around the neighborhood while he waited.

"Adriana, when she was like 2 1/2 years old, we used to live in a place like this, on the second floor," Gomez said, looking up at a two-flat. "We had one of those 5-pound bags full of apples. We were walking up, me and her mother, and we started seeing apples everywhere. She was throwing them down from the windows. When we got up there we saw the bag by the window, and she had no more apples."

He smiled at the memory. "It's sad, man, Chicago. I never thought my kids was gonna be leaving just like that. Bam." 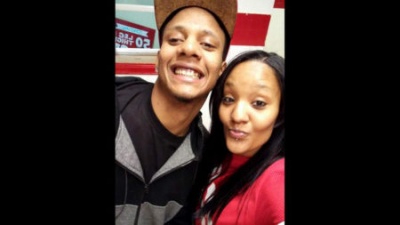 The car's engine turned over a few times but wouldn't start. Gomez has automotive experience and owns his own rig. He spent the weekend replacing shocks in a trailer, but his daughter's ignition remained stubborn.

The corner stayed busy as students in school uniforms wandered by a man selling chicharrones and sno-cones from a cart. A few neighbors gestured toward the shooting scene, but only one candle remained from Sunday's memorial.

"I didn't really worry about them because they blended in the neighborhood," Gomez said of his children. "But I know that s--- like this can happen at anytime. 'Cause people are crazy, in any neighborhood mostly. When they grow up, when they get over 21, you don't control their actions. You don't even know, until they call you.”

Unable to start Adriana's car, Gomez climbed behind the wheel.

"He's gonna push and I'm gonna drive so we can get out of the area," Gomez said. His friend pulled a van directly behind the bumper and pushed the car north, over a strip of yellow tape, toward home.