Comey's Testimony To Congress Was Not Truthful 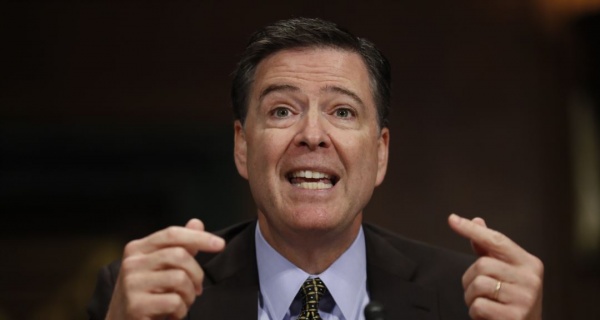 FBI Director James Comey erroneously told Congress last week that former Hillary Clinton aide Huma Abedin "forwarded hundreds and thousands" of emails to her husband's laptop -- and the bureau is looking for a way to clean up his error, according to officials familiar with the matter.

According to Comey, Clinton's emails had been forwarded to the computer of Abedin's husband, former New York Rep. Anthony Weiner. But US officials told CNN last fall the majority of the thousands of emails reviewed by the FBI got to Weiner's computer via a backup system for Abedin's phone.

In Comey's testimony, however, he suggested "hundreds and thousands" of emails had been deliberately sent directly from Abedin to Weiner's computer. While some of those emails may have been sent directly from Huma in order to be printed, officials told CNN, the number was far fewer than the amount Comey described.

"Somehow, her emails were being forwarded to Anthony Weiner, including classified information by (Clinton's) assistant, Huma Abedin," he said.

Asked by Texas Republican Sen. Ted Cruz how Comey would handle an FBI agent who forwarded "thousands of classified emails to his or her spouse," Comey replied, "Well, there would be significant administrative discipline.

But there was no indication that Abedin "had a sense that what she was doing was in violation of the law," Comey added, and investigators couldn't prove any sort of criminal intent.

The emails weren't marked as classified, though the FBI later found classified information contained in some emails recovered from Weiner's laptop.

Nick Merrill, a spokesman for the former secretary of state, compared Comey's statements to Clinton's marathon testimony at a 2015 hearing over the Benghazi terrorist attacks.

"Imagine for a moment if Hillary Clinton had said something this inaccurate when she testified for 11 hours," Merrill tweeted Tuesday. Abedin declined to comment Tuesday.

ProPublica first reported the FBI's internal debate about whether to correct Comey's testimony at a Senate hearing.

The discovery of the emails last October prompted Comey to alert Congress in a letter, days before the presidential election, that the FBI had reopened its probe of Clinton's private email server.

Some Democrats and Clinton herself have blamed her election loss at least partly on Comey's decision to update Congress about the newly found emails. In an interview with CNN's Christiane Amanpour at a Women for Women International event in New York last week, Clinton said she was "on the way to winning until a combination of Jim Comey's letter on October 28 and Russian WikiLeaks raised doubts in the minds of people who were inclined to vote for me and got scared off."

C
The FBI ended its new investigation into the emails two days before the election, concluding that no charges should be brought against Clinton or anyone else.