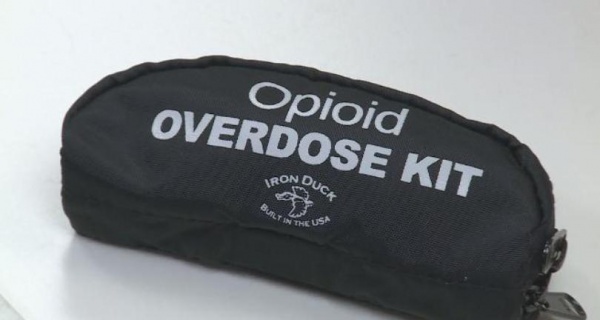 An 11-year-old girl overdosed on heroin Wednesday in Beechview, surrounded by photos of friends and posters plastered on her bedroom walls.

The sixth-grader at South Hills Middle School was found unresponsive in her home in the 2300 block of Palm Beach Avenue just before 6 p.m.

A family member performed CPR on the girl, who was breathing when paramedics arrived. The paramedics then administered Narcan, a drug that blocks opioids, and revived her. She regained consciousness, became combative and had to be sedated.

The girl, who was not identified because she is a minor, was in critical condition when she arrived at Children’s Hospital of Pittsburgh at UPMC.

Investigators found multiple stamp bags of heroin near the girl, and at least one bag was open. The girl’s 20-year-old sister said Thursday the family had no idea that the 11-year-old was using heroin until police officers discovered the stamp bags.

She said the 11-year-old is a social butterfly with many friends who makes mostly As and Bs in school and loves to sing. Family members didn’t notice any odd behavior or recognize signs of drug abuse before the girl overdosed, she said.

They don’t know where the girl obtained the heroin, the sister said. She asked not to be identified to avoid revealing her sister’s identity.

Pittsburgh police declined to comment Thursday because their investigation is ongoing. Personnel at South Hills Middle School also would not comment.

Citing confidentiality laws, a spokeswoman for the Allegheny County Department of Human Services would not say whether child welfare officials were investigating the case.

The girl’s mother was visibly distraught at the scene of the overdose, first responders said, and claimed she didn’t know about the girl’s drug use. The family lives on a quiet street containing single-family homes.

Stacey Yaras, a medic crew chief who responded to the 11-year-old’s overdose on Wednesday, said the girl was the youngest overdose victim she had encountered in her 24-year career as a paramedic, aside from toddlers who accidentally ingested a drug.

There are some calls that are hard to forget, she said, and Wednesday’s was one of them.

“It sticks with you,” she said. “It gets stuck in your teeth. Like, what did this kid see that she needed to escape from?”