CAUGHT: Republicans Who Flipped Their Healthcare Vote Because Of Donations Made To Them By Insurance Companies 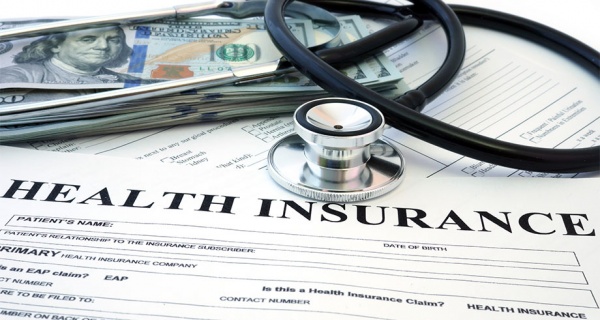 While the House’s version of the American Health Care Act won’t be taken up by the Senate, the effort to repeal Obamacare is still chugging along.

If the list of the 12 (or 13, depending on the source) members of the Senate working group writing a new Obamacare repeal-and-replace bill is any indicator, the new healthcare bill is very likely to be just as punishing, if not more, than the bill passed by the U.S. House of Representatives last week.

The controversial nature of the House bill’s language, which allows for states to be decide whether or not patients with pre-existing conditions get coverage, meant its passage in the House was tenuous, as House Speaker Paul Ryan barely reached 217 votes for Trumpcare to pass. As the New York Times noted, Republicans who were previously opposed to the first version of Trumpcare voted for the latest version. This may have had something to do with the financial support these members received from the healthcare industry.

Here are 15 on-the-fence House Republicans who benefited from those donations. We assembled this list using campaign finance records documented on Opensecrets.org and from the FEC campaign finance database.

Rep. Brooks made headlines last week when, in an interview with CNN’s Jake Tapper, he brazenly said that the Republican plan would only cost more for people who didn’t “lead good lives” and “keep their bodies healthy.” Of course, this leaves out the fact that older Americans and seniors typically have higher healthcare costs and are more likely to use insurance, regardless of how “healthy” they are.

“[Trumpcare] will allow insurance companies to require people who have higher health care costs to contribute more to the insurance pool that helps offset all these costs, thereby reducing the cost to those people who lead good lives,” Rep. Brooks said. “They’re healthy, you know, they are doing the things to keep their bodies healthy,” he said. “And right now, those are the people who have done things the right way that are seeing their costs skyrocketing.”

Two of Brooks’ top 10 donors throughout his career are in the healthcare industry, with the American Society of Anesthesiologists (ASA) and Endo Health Solutions donating $25,500 and $26,000, respectively, since 2012. The ASA also gave Brooks $1,000 on March 30 of this year.

The most recent campaign finance filings show that on March 31, the ADA, the AAOMS and the American Association of Orthopedic Surgeons each gave Gosar $5,000 apiece.

Rod Blum, who is currently serving his freshman term in Congress, was initially opposed to the first version of the American Health Care Act. However, “health professionals” donated $36,400 to his campaign last year, and the National Community Pharmacists’ Association donated $1,000 to his 2018 effort as recently as March 29 of this year.

The American Dental Association (ADA) is Rep. Jordan’s second largest career donor, contributing at least $54,000 to his campaigns since 2008. However, some of the biggest names in the healthcare industry are recent friends of his, with the Anthem (Blue Cross/Blue Shield) insurance company PAC donating $1,000 on March 24 of this year, and the ADA’s PAC donating $2,500 on March 20.

Rep. Perry is a relative newcomer to Congress, though the healthcare lobby has already made sure to line his pockets with enough donations to get him to see their side of the story. Opensecrets.org reports that Perry has received $49,920 from “Health professionals” during his career, with Blue Cross/Blue Shield donating $12,450 of that money. Recently, pharmaceutical company Amerisourcebergen’s PAC donated $1,000 to his re-election committee on March 29, 2017, and the Genesis Healthcare PAC kicked in $2,500 in late February.

Rep. Duncan is one of the more favored members of Congress for Big Healthcare, having received $113,474 in campaign donations from “Health professionals” throughout his political career. On March 31 of this year, multinational law firm Hogan Lovells — which has represented large pharmaceutical companies as recently as January of 2017 — gave a $1,000 contribution to Duncan’s 2018 campaign.

Louie Gohmert has made a number of incendiary remarks about the initial version of Trumpcare. In an op-ed for The Hill, Dr. John R. Coppedge singularly blamed Gohmert for the bill’s failure. Nonetheless, he was swayed to vote in favor of the latest House bill to overhaul the U.S. healthcare system. Throughout his career, Rep. Gohmert has received more than $484,000 from “Health professionals,” making him one of the industry’s favorite Republicans in Congress. And on March 13 of this year, Gohmert received a $5,000 check from the Texas Spine and Joint Hospital.

Randy Weber hasn’t been in Congress as long as some of the other people on this list, but he’s still a friend of the healthcare industry. Throughout his Congressional career, Rep. Weber has been the recipient of more than $54,000 from “health professionals.” Weber’s most recent campaign finance filing with the FEC shows a $1,000 donation from Dr. Brent W. Bost on March 30.

Dave Brat managed to unseat former House Majority Leader Eric Cantor in a 2014 primary despite being the overwhelming underdog in terms of money raised. However, Brat has managed to garner more than $34,000 in donations from “health professionals” in just three years. Brat has been particularly busy with his first-quarter fundraising, recording more than $172,000 in total receipts in just the first three months of 2017. On March 13, Dr. Sam Dixon Jr. of HCA Physician Services donated $1,500 to Brat’s re-election effort.