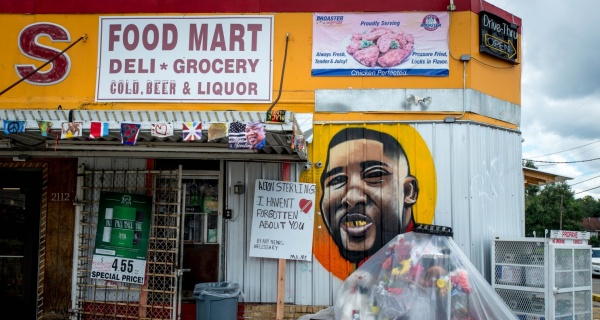 The Justice Department has decided not to bring charges against the officers involved in the death of Alton Sterling, whose videotaped shooting by police in Baton Rouge last summer prompted unrest across the city, and is planning to reveal in the next 24 hours that it has closed the probe, according to four people familiar with the matter.

As of Tuesday afternoon, the Sterling family had yet to be informed by the Justice Department of the decision, and it is unclear how and when the department will announce its findings.

“We have not heard nor received an update and are unaware of any charges that may or may not be filed,” said Ryan Julison, a spokesman for the Sterling family’s attorneys. “We have not received word, nor has the family been given any notice of upcoming updates regarding this case.”

The case will be the first time under Attorney General Jeff Sessions that the department has publicly declined to prosecute officers investigated for possible wrongdoing in a high-profile case, and officials in Baton Rouge have been girding for a possible reaction there.

Sterling’s death last summer sparked tense protests across the city. President Barack Obama weighed in on the matter then, declaring his confidence in the Justice Department probe and remarking, “We have seen tragedies like this too many times.”

The shooting came the day before a police officer in Minnesota gunned down school cafeteria manager Philando Castile during a traffic stop that was broadcast on Facebook, and in the same week that a black man upset by police and out to kill white people gunned down five officers in Dallas. A little more than a week later, another gunman targeting police shot and killed three officers in Baton Rouge.

By the police account, officers Blane Salamoni and Howie Lake saw Sterling, 37, outside a convenience store in July after it was reported that a man had threatened someone there with a gun. Sterling, who was selling CDs outside the store, fit the description of that man, according to a search warrant affidavit in the case.

A video of the shooting shows Sterling lying on his back with two officers on top of him. One of the officers appears to yell, “He’s got a gun!” and then shots ring out. A detective wrote in the search warrant affidavit that officers had observed the butt of a gun in Sterling’s front pants pocket. At issue in the investigation was whether Sterling was reaching for the weapon, as officers claimed, when he was shot and killed.

Local police and city officials have said this week that they believed a decision was imminent, but they and representatives for Sterling’s family said they had not been told when an announcement from the Justice Department was coming. Some local schools have sent notes to parents informing them of action plans in case of major protests, and several local lawmakers have publicly called on the Justice Department to end the suspense.

“The Department of Justice’s failure to communicate with the community has created angst and nervousness, and I fear carries the potential for increased tension between the community and law enforcement,” Rep. Cedric L. Richmond (D), whose congressional district includes part of Baton Rouge, wrote in a letter to Sessions on Friday. “It is inappropriate and against the interests of public safety . . . to allow this level of uncertainty to continue.”

Substantiating federal civil rights charges is extraordinarily difficult, requiring prosecutors to present evidence that might speak to an officer’s intent at the time of the incident. Even in the Obama administration, federal prosecutors declined to bring such charges in high-profile incidents.

In the case of Darren Wilson, the white police officer who shot and killed 18-year-old Michael Brown in Ferguson, Mo., in 2014, the Justice Department found “no evidence upon which prosecutors can rely to disprove Wilson’s stated subjective belief that he feared for his safety.”

Investigators reached a similar conclusion in the fatal 2015 shooting of Jamar Clark in Minneapolis, concluding that they could not prove that “the use of force was objectively unreasonable based on all of the surrounding circumstances.”

Civil liberties advocates fear, though, that the Justice Department under Sessions and President Trump might be even more reluctant to prosecute alleged wrongdoing by police.

Trump has cast himself as a pro-law enforcement president, and Sessions has previously questioned broader police reforms. Last month, Sessions ordered the Justice Department to review the court-mandated reform agreements it has with troubled police departments across the country, and he has said he is worried that such agreements might bar aggressive police tactics.

Sessions also has — unlike the previous attorney general, Loretta E. Lynch — offered a tacit endorsement of what’s known as the “Ferguson effect,” which refers to the contested idea that police might be afraid to get out of their cars and enforce the law for fear of ending up on a viral video.

Sessions had, though, seemed to distinguish prosecuting individual officers from imposing sweeping reform agreements on departments. He said last month that while such cases were “usually easier to prosecute in state court,” he did not feel that they chilled good policing, nor would he hesitate to involve the Justice Department when it was appropriate to do so.

The Justice Department on Wednesday reached an agreement with former North Charleston, S.C., police officer Michael Slager in which he pleaded guilty to a federal civil rights charge in the shooting death of Walter Scott, an unarmed black motorist who was shot in the back as he ran away from a traffic stop. His killing, like Sterling’s was caught on video.

The Justice Department under Sessions still has a major investigation of possible police misconduct in the case of 43-year-old Eric Garner, who died after he was taken to the ground and put in an apparent chokehold by New York City police in 2014. That incident — like Sterling’s death — was caught on video and prompted outrage across the country.

The case was the subject of a vigorous debate under Lynch, who decided only at the end of her tenure to allow prosecutors to move forward and again present evidence to a grand jury. The timing of her decision effectively left the matter to Sessions, who last month declined to comment on what he might do.