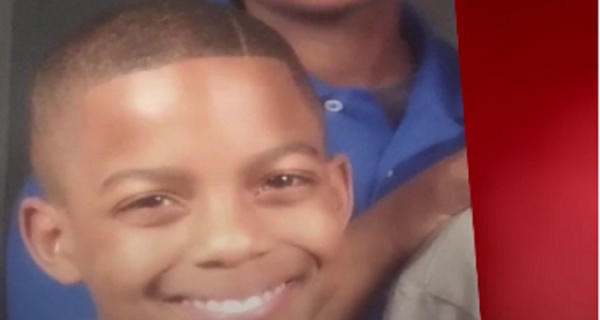 Jordan Edwards, 15, was trying to leave a house party that had gotten out of control on Saturday. But the black teenager would never get home that night — because a police officer shot and killed him.

Police in Balch Springs, Texas, a majority-minority Dallas suburb, claim there was an altercation with the vehicle, where Edwards, who was reportedly unarmed, was sitting in the front passenger’s seat. The car was packed with four other unarmed teens, including Edwards’s brother, according to family attorney Lee Merritt.

Police say the car was backing up toward responding officers, prompting one to shoot at the vehicle. A bullet broke through the front seat passenger’s window and hit Edwards. Shortly after, Edwards was rushed to a hospital, where he died from gunshot injuries. No officers were injured in the incident.

Neighbors told local reporter Gabriel Roxas that the party Edwards left was crowded, with unsupervised, drunk teens fighting before gunshots were fired. According to the family attorney, Edwards “was leaving a house party because he thought it was getting dangerous.”

Edwards’s coaches and community members reportedly attended a press conference demanding answers for the shooting. Mesquite Independent School District, where Edwards was a freshman in high school, in a statement called him “a good student who was very well liked by his teachers, coaches, and his fellow students.” He played football at the school, with one of his teammates calling him “the best running back I ever played with.”

The Dallas County Sheriff’s Department will investigate the shooting. The officer who shot Edwards, whose name has yet to be released, is on administrative leave.