Trump Joins The Majority - Agrees Job Is Hard For Him 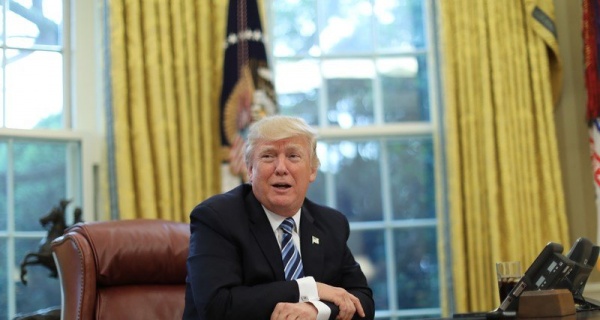 Donald Trump spent a great portion of 2016 insisting that being president would be easy — at least for him. HuffPost compiled a number of examples of him dismissing the problems that accompany the job as being easily dispatched. Building a wall on the border with Mexico is easy. Beating Hillary Clinton would be easy. Renegotiating the Iran deal would be easy. Paying down the national debt would be easy. Acting presidential? Easy.

To a reporter from Reuters this week, though, Trump had a slightly different assessment of the presidency.

“I love my previous life. I had so many things going. This is more work than in my previous life,” Trump said. “I thought it would be easier. I thought it was more of a … I’m a details-oriented person. I think you’d say that, but I do miss my old life. I like to work so that’s not a problem but this is actually more work.”

It wasn’t the first time that Trump copped to the job being trickier than he anticipated. In November, NBC News reported that Trump had told former House speaker Newt Gingrich that “This is really a bigger job than I thought.” (Gingrich’s response? “…good. He should think that.”) Then there are individual issues. “Nobody knew health care could be so complicated,” he said at one point. At another, he revealed that it took a conversation with the president of China to realize that the situation on the Korean peninsula was “not so easy.”

There’s an element of surprise in Trump’s comments, a hint of bafflement that having responsibility for the welfare of 320 million people entwined in a global economy and international relationships might end up being trickier than running a real estate and branding shop from midtown Manhattan. One group that probably wasn’t surprised that Trump wasn’t prepared? The majority of Americans.

At no point over the course of the 2016 campaign did a majority of Americans think that Trump was qualified for the job of the presidency. Polling from The Post and ABC News shows that views of Trump as unqualified dominated throughout the campaign. The only group that consistently viewed him as qualified to hold the position were the working-class white voters that constituted the core of his support from early in his candidacy.

More to the point, polling from CBS News showed that, consistently, Trump was viewed as unprepared for the job. In June, July and September — before, during and after Trump began making his general election case — the majority of Americans thought he wasn’t ready to hold the nation’s highest position.

Asked by CNN and its polling partner ORC, most Americans viewed Clinton as more prepared than Trump by a wide margin, including among Democrats and independents. A much greater number of Republicans were willing to call Clinton more qualified than Democrats were Trump.

Put simply: The majority of Americans didn’t think Trump was ready to be president of the United States. Based on his comments about the job being bigger or harder than he thought, that it is more work, it seems safe to say that Trump has also now come to believe that he wasn’t prepared for the office.

On at least one point, though, he continues to be convincing himself that he’s up to the task. In the middle of his interview with Reuters, Trump paused to pass out copies of a map he had on hand. The map showed the United States, colored with the results of the 2016 election. “It’s pretty good, right?” he asked the Reuters team.