In First 100 Days Trump Has Forgotten His Promise To Chicago 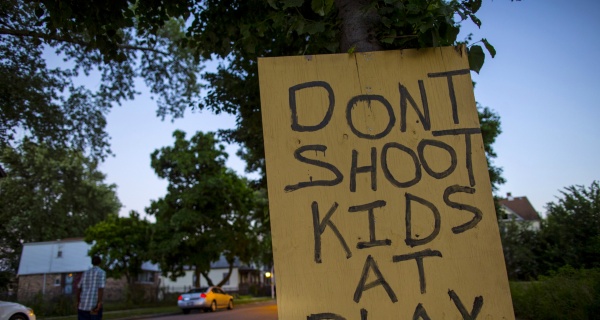 Early in his administration, President Donald Trump made Chicago a promise.

"If Chicago doesn't fix the horrible 'carnage' going on ... I will send in the Feds!" he blasted out in an evening tweet four days after his inauguration.

The shootings in the city were a favorite talking point in tweets, speeches and even his joint address to Congress.

"We're going to have to do something about Chicago," he said in January. "Because what's happening in Chicago should not be happening in this country."

The message was clear: Chicago is in crisis and I'm here to do something about it.

The Trump administration's longer-term vision for the city still remains to be seen, but for a President who came into the Oval Office calling the city a "war zone" and "totally out of control," signs of progress and federal assistance have been sluggish during his first 100 days in the White House.

The city's leaders have said consistently that they would welcome additional federal resources to curb violent crime -- specifically more agents from the FBI; Bureau of Alcohol, Tobacco, Firearms and Explosives; and Drug Enforcement Administration.

Asking for federal assistance isn't new, but Trump's rhetoric, combined with the near daily tally of shootings in the city, brought the issue into sharp public focus.

Yet during the little more than three months since Trump has been in the White House, he has not sent in "the Feds" -- a pledge that was never fully explained nor understood -- and the "carnage" in the city continues unabated with at least 171 homicides and over 700 shootings so far this year.

And while law enforcement officials tell CNN some limited federal help is underway -- much of it in the works before Trump took office -- officials on the ground say it is not nearly enough.

"It's worse than the places you read about and see in the Middle East," Trump said of Chicago at a campaign rally in Wisconsin in early November, using the city's struggle with violent crime as the proverbial political punching bag.

As President-elect, Trump tweeted with a sense of urgency that if the city couldn't get shootings under control, he would: "if Mayor Emanuel can't do it he must ask for Federal help!"

Though the rate of homicides in the city were not "record setting" as he suggested, homicides were up in Chicago nearly 60% from 2015 -- the highest levels since the 1990s.

The year 2016 ended with 4,331 shooting victims and 762 homicides -- and 2017 is on track to be almost as lethal, with 171 homicides as of April 24, according to the data from the Chicago Police Department.
Once in the White House, Trump committed to do something about this bloodshed.

"Chicago is like a war zone," he told ABC's David Muir. "They're not doing the job. Now if they want help, I would love to help them. I will send in what we have to send in. ... They have a problem that's very easily fixable."

And though his presidency is still young, the "fix" has, thus far, proved illusory, and city leaders have found his rhetoric misplaced at times.

After Trump tweeted about sending in "the feds," Chicago Mayor Rahm Emanuel called White House chief of staff Reince Priebus in frustration, and after Trump continued to put the city in the spotlight in February, Emanuel shot back that the issue "is whether the President cares enough about violence in our city to do more than talk or tweet about it."

Trump has conspicuously stopped talking publicly and tweeting about the city in recent weeks, but the shootings persist.

The White House did not immediately return a request for comment for this story.

'Just Send Them In."

Meanwhile, behind the scenes, the mayor and other city officials have been engaged since last December in ongoing conversations with the Trump administration -- including numerous phone calls, in-person meetings and formal requests in writing for additional federal resources, according to a city official.

"Send more FBI, DEA, ATF agents," Emanuel said during a news conference earlier this year. "We don't have to talk about it anymore. Just send them."

CNN first reported in early February that the ATF has been working on a plan to permanently transfer approximately 20 ATF agents to Chicago in order to "beef up" the federal presence in the city. But, CNN has learned none of those additional agents have moved to Chicago yet, according to a law enforcement official.
The official explained the agency has identified a number of agents it plans to permanently relocate to Chicago, but the move is not likely to happen until later this summer because the details are still being finalized. The official added, however, that these plans were initiated long before Trump began talking about crime in Chicago.

CNN has also learned the FBI recently pulled eight employees -- agents and analysts -- from different field offices across the country to Chicago for temporary assignment, according to another law enforcement official. But, those additional FBI employees, who arrived in Chicago in early April, according to two law enforcement officials, will only be on the ground in Chicago for a few weeks and plan to return to their regular field offices before the end of May.

Considering that the FBI's Chicago field office has roughly 500 agents (not to mention upwards of 900 support personnel), it's unclear how much of a difference a handful of more people will make in just a few weeks. The official acknowledged it will have little to no real impact and added that the temporary assignment of the eight employees was not in response to anything Trump said or did.

Beyond law and order

But Emanuel has consistently said he "welcomed" greater federal assistance to address crime in the city, particularly in the realm of increasing the prosecution of gun crimes and fighting the transportation of guns across state lines.

The Justice Department declined to comment on any specific change in the allocation of federal law enforcement personnel or resources, but said in a statement to CNN that the department "is focused on and committed to reducing violent crime in Chicago and throughout the country."

"That includes the following: creating a task force to specifically deal with the violent crime epidemic plaguing our cities, re-allocating prosecutors to the place of greatest need, prioritizing gun prosecutions, increasing resources for our law enforcement partners and working with local law enforcement in cities like Chicago to determine the best path forward," said Ian Prior, a Justice Department spokesman.

Yet current and former law enforcement officials who have been on the ground in Chicago say adding more federal agents alone isn't the full answer to solving the city's violent crime problem.

On his way out the door back in March, then-US Attorney Zach Fardon penned an open letter on the challenges facing the city and directly addressed the need to enhance federal law enforcement resources.

"If you want more federal gang and gun prosecutions, we need more full-time, permanent federal prosecutors in Chicago," Fardon wrote, citing a years-long understaffing issue within the US Attorney's office in the city. "That's simple math."

Chiraag Bains, a former federal prosecutor at the Justice Department and now senior fellow at Harvard Law School Criminal Justice Policy Program, added that even if Justice Department does provide additional resources, "it'll take more than a punishment-oriented, law-and-order approach to improve public safety in Chicago."
"Targeted policing -- focusing on the relatively small number of people, in a relatively small number of places, who are driving the city's violence -- can be productive," Bains said, adding: "You can't ensure public safety through police enforcement activity alone."