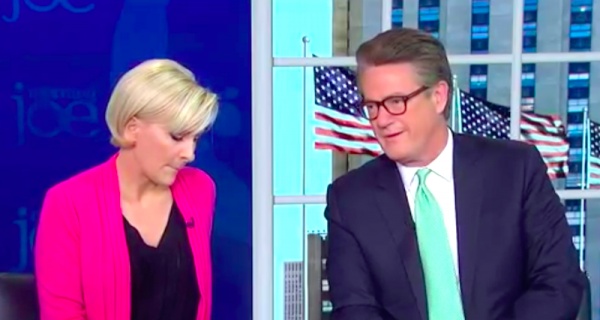 While defending the role that both Ivanka Trump and her husband, Jared Kushner, are playing in the Trump White House, Scarborough pointed out that lots of Republicans in the 1960s were similarly upset when President John Kennedy appointed his brother to be the attorney general.

Despite this, Scarborough said it was good for the country that Robert Kennedy was the AG, despite the fact that his appointment looked like nepotism.

“So you’re comparing Ivanka Trump to Bobby Kennedy?” Brzezinski interjected, which set Scarborough off on an angry tantrum.

“You don’t have to be so snotty,” he shot back. “I was about to say, you didn’t let me get it out. You don’t have to be so rude. The fact of the matter is that they are not Bobby Kennedy as I was about to say but you wanted to get your cheap shot in so you got your cheap shot in. No I am not saying Jared and Ivanka are Bobby Kennedy.”