WATCH: Barack Obama Finally Speaks And The World Is Listening 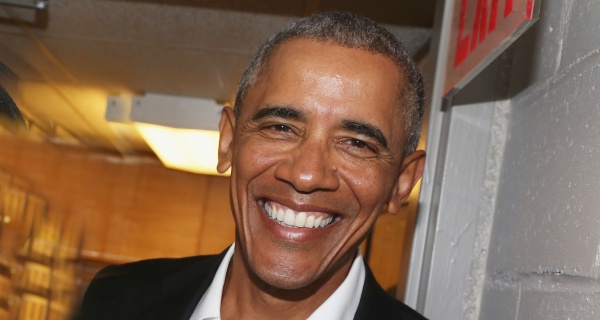 Former President Barack Obama delivered his first public remarks since the 2017 inauguration on Monday at the University of Chicago around 11 a.m. Central, noon Eastern. He spoke at the Reva and David Logan Center for the Arts with a group of students, whose comments largely dominated the discussion.

"So, uh, what's been going on while I've been gone?" he joked at the opening of his remarks. "It's wonderful to be on the South Side of Chicago."

Sitting onstage with a panel of students and young leaders from the area, Obama spoke about the importance of civic engagement and the next generation's efforts to take up leadership roles. He urged young people to get involved with government and to vote, noting that the younger generation votes at lower rates than their elders. He largely avoided touching on controversial political issues, such as Obamacare reform or President Trump's agenda, though he did talk about young people getting involved in politics and working against gerrymandering.

"The single most important thing I can do is to help, in any way I can, prepare the next generation of leadership," he said.