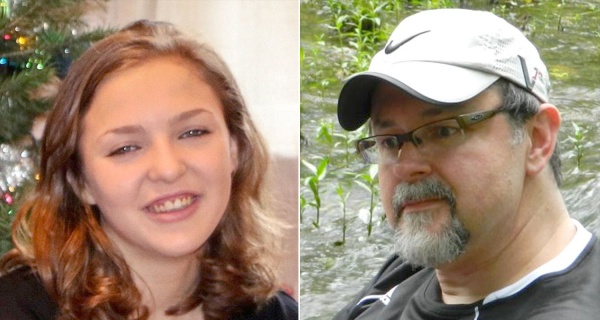 After five weeks on the run, a Tennessee teacher who kidnapped and fled with a 15-year-old student has been arrested in California, authorities said Thursday.

The student, Elizabeth Thomas, was found safe, the Tennessee Bureau of Investigation tweeted Thursday. But the girl has not been able to speak with her family yet because she is in "too remote" of a location to do so, Thomas family attorney Jason Whatley said.

Tad Cummins, 50, fled with Elizabeth from their small town of Culleoka, Tennessee, on March 13. They disappeared a few weeks after a student reported seeing Cummins and Elizabeth kissing in a classroom.

Authorities released surveillance video from March 15 that showed the pair at a Walmart in Oklahoma City. But for weeks, the trail went cold.

The break came when a vehicle belonging to Cummins was found in Siskiyou County, California, the county's sheriff's office said Thursday. It was identified using its vehicle identification number.

Siskiyou County is more than 2,000 miles from Culleoka, Tennessee.

Cummins faces charges of sexual contact with a minor and aggravated kidnapping, the Tennessee Bureau of Investigation said last month. He was added to the state's most wanted list.