African-American Judge Found In River Is Ruled Suspicious By Police 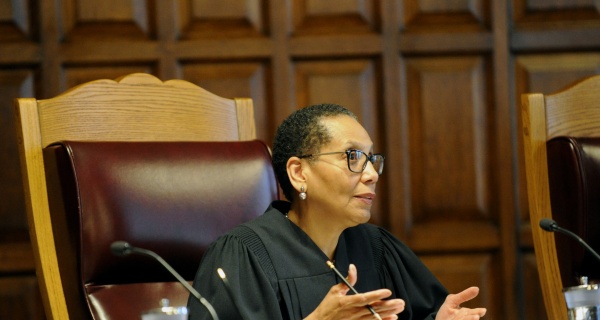 The New York Police Department said Tuesday that the death of Justice Sheila Abdus-Salaam, a New York Court of Appeals judge whose body was found on a bank of the Hudson River in Manhattan last week, is suspicious.

The NYPD said it would treat the death as suspicious because there was no immediate indication of suicide or criminality.

"We have a middle-aged woman deceased in the water with all her clothes on, with no signs of homicide or suicide," NYPD Sgt. Brendan Ryan told ABC News late Tuesday.

"When a body is found floating in a river, it is deemed suspicious in nature. Absent any clear signs of criminality, the cause of death is determined by the medical examiner," he added.

The department said in a statement that the death appeared to be noncriminal but that "at this point we can't say for sure."

Abdus-Salaam's body washed up in an area near Harlem last Wednesday, a day after she was reported missing, police said.

The NYPD said it is seeking people who may be able to shed light on the hours leading up to her disappearance, with hopes that it will help it to establish what happened.

A spokeswoman for the city's medical examiner said last week that an autopsy conducted on Thursday was inconclusive and required further study, according to The Associated Press.

Last week, two officials, who spoke on the condition of anonymity because the investigation is ongoing, told the AP that the death was believed to be a suicide.

Abdus-Salaam, 65, was appointed to the New York Court of Appeals by Gov. Andrew Cuomo in 2013 and was the first black woman to serve on the state's top court. She previously served as a judge on the New York Supreme Court in Manhattan for 14 years.