UPDATE: Trump And His Family Are Costing American Taxpayers 'Bigly' 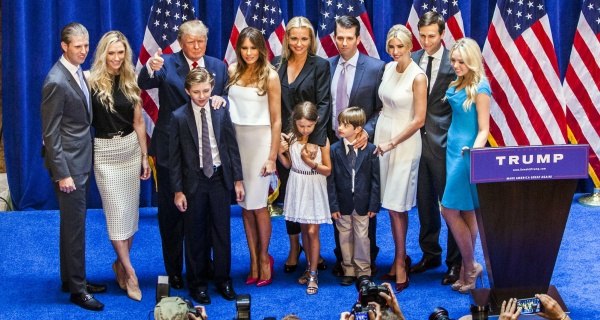 The Trumps are set to become the most expensive first family in history if they don’t immediately begin reducing their lavish spending habits and frequent trips across the globe – and taxpayers are set to continue picking up the tab for as long as they keep it up. For context, President Donald Trump is expected to outpace the entirety of former President Barack Obama’s eight-year travel costs with plenty of time to spare in just his first year as the leader of the free world.

Whereas Obama spent close to $12.1 million annually in travel costs, Trump may have already doubled that benchmark on trips to Mar-A-Lago alone before the close of his first 100 days. But getting the new president from point A to point B isn’t the only expenditure raising eyebrows: the price tag that comes with the new first family is quickly becoming equally concerning to Trump’s opponents and supporters alike.

From Melania Trump's refusal to move to Washington, D.C. and subsequent usage of the Secret Service to secure the entirety of Trump Towers in Manhattan any time she's is in the building, to the elder first children often traveling across the U.S. and abroad, the estimated price tags are tremendous. When looking a bit deeper at what the Trump family is doing on many of their trips and outings, as well as the impact on local residents; well, the figures speak for themselves.

Loss to business due to airport closure: -$30,000/weekend

The Trump children's trips around the world with Secret Service

The provided costs don't even include airfare rates for Secret Service agents taking each trek with the Trumps, nor does it include the data on those agents’ salaries and other expenditures taxpayers may be footing the bill for. The budget was expected to naturally increase based on the size of the Trump family as compared to the size of his predecessors, but critics are concerned the billionaire first family hasn’t acknowledged that it's not him paying for his trips, it's the American people.

As for Trump, he used to say he’d only infrequently leave the White House if elected, as he’d be so busy working in Washington, D.C. "If you're in the White House, who wants to take a vacation?" Trump said in Iowa on the campaign trail last year while criticizing then-President Obama for taking a trip to Hawaii.