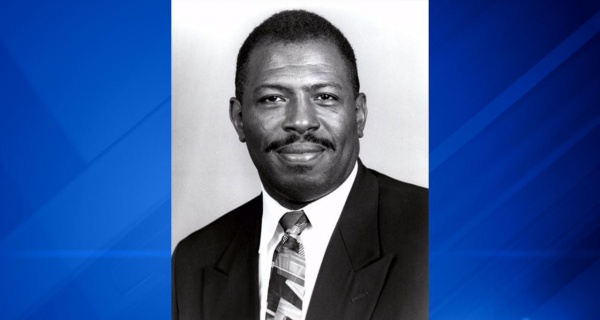 A county judge was fatally shot outside his Chicago house Monday morning.

But no one was sure whether the killing was targeted, a robbery attempt or just “another senseless act of violence,” deputy superintendent Kevin Navarro said at a news conference.

Regardless, he said, police considered it “a direct attack on the criminal justice system.”

The suspect fled on foot shortly after the attack, around 5 a.m., outside the judge’s two-story home in south Chicago.

Detective Melissa Staples told reporters that a “close associate” of the judge walked outside first as the pair prepared for a morning workout.

Police don’t believe she knew the man she ran into.

“Words were exchanged,” Staples said. The man shot the woman once in the leg, and “upon hearing the commotion,” Myles went outside to investigate.

He, too, had words with the suspect.

A neighbor told the Chicago Tribune that he woke to a volley of gunshots and a woman screaming: “Don’t kill him!”

When he looked outside, the neighbor said, the woman was lying near an open garage door, with a bottle of water beside her. The judge was dying on the porch.

Nothing was taken from Myles or the woman, police said — though they reported a “pattern of robberies” in the neighborhood.

The judge had been threatened before at least once, police said, without giving details.

Navarro said authorities would use “every resource” to find the suspect.

Detectives were reviewing nearby security camera footage Monday, and said the FBI has offered a $25,000 reward for information leading to an arrest.

Myles had ruled on high-profile murder cases since joining the bench in 1999 — after a long career that led him from child abuse investigations in the 1970s to a private law practice, according to a resume provided by the court.