To Coerce Gang Members To Cooperate, Cops Took Them To Rival Territories, Sometimes Leaving Them There 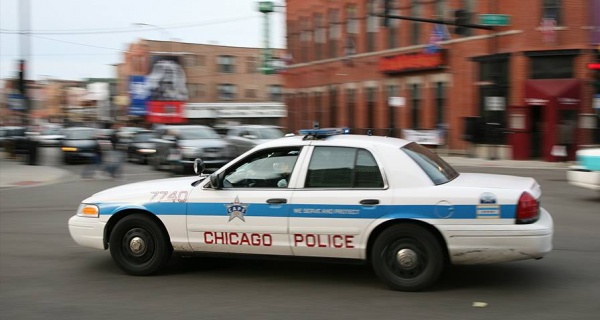 Chicago Police officers routinely take gang members into parts of the city controlled by their rivals in an effort to "coerce information" about criminal activity, the Department of Justice found as part of a sweeping federal investigation into the Chicago Police Department.

The practice — which has been an open secret dating back to at least the early 1990s —"significantly jeopardizes CPD's relationship with the community," according to the report.

Officers will either leave the person there or show the gang member to rival members, immediately putting the life of that person in jeopardy by suggesting he has provided information to the police, according to the report.

Chicago officers have a practice of "trying to get individuals to provide information about crime or guns by picking them up and driving them around while asking for information about gangs or guns," according to the report. If the people who police are questioning refuse to answer, officers will drop them off in dangerous areas or gang territory, according to the report.

There is video evidence "that appears to capture one instance of an officer displaying a youth in police custody to a group of individuals gathered in a rival gang territory," according to the investigation that found officers routinely violated the civil rights of residents.

"The video shows CPD officers standing around a marked CPD vehicle with the back doors wide open and a young male detained in the rear," according to the report. "Officers permit a crowd of male youths to surround the car and shout at the adolescent. The crowd can be seen flashing hand gestures that look like gang signs and threatening the cowering teenager in the backseat."

Based on the video, there does not appear to "any legitimate law enforcement purpose in allowing the youth to be threatened," according to the report.

The video that the report appears to be referring to was first published by WBEZ in 2011, and a lawsuit stemming from the incident was settled by city officials for $33,000, records show.

The officers involved — Susana La Casa and Luis Contreras — were fired by the Chicago Police Board in 2013. Neither were criminally charged with wrongdoing.

Residents told federal investigators that the practice has been happening for years, according to the DOJ report.

"A young black man told us that when he was 12 or 13 years old, he and his friends were picked up by CPD officers, dropped off in rival territory, and told to walk home," according to the federal report. "Another black teen told us that his brother was picked up in one location, dropped off in another location known for rival gangs, and told: 'Better get to running.'"

This practice makes it impossible for Chicago police officers to partner with community members to reduce violent crime, according to the report.

"When officers use unlawful arrests and detentions or improper intimidation tactics to coerce information, they erode community trust and undermine the work of CPD and the community to rid the City of violent crime," according to the report.

The 13-month investigation — sparked by the fatal shooting of Laquan McDonald — found that the Chicago Police Department "engages in a pattern or practice of use of excessive force that violates the Fourth Amendment to the U.S. Constitution."

Those civil right violations are due to the Chicago Police Department's "severely deficient" training procedures, a lack of oversight and misuse of data that has led to an erosion of officer morale, Attorney General Lorretta Lynch said.

Mayor Rahm Emanuel agreed Friday to negotiate a legally binding agreement — known as a consent decree — to ensure that reforms are implemented under the authority of a federal judge.

Emanuel has said misconduct by officers will not be tolerated.