You Won't Believe How Much The Trump Clan Is Costing Taxpayers 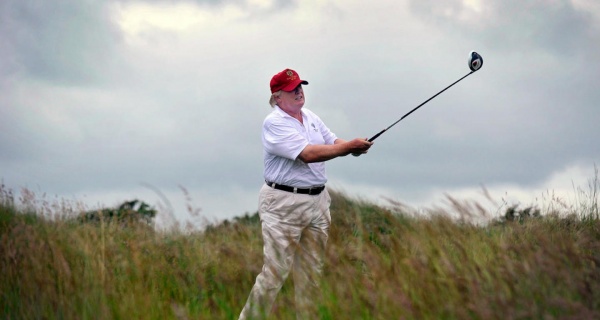 We all knew that President Donald Trump lived an expensive lifestyle, but we never imagined that it would be this big of a drain on the taxpayers.

To date, Trump has spent 7 weekends at Mar-a-Lago, his Florida resort. It is estimated that each of those trips costs around $3 million.

In contrast, Obama spent around $97 million over 8 years, an average of $12.1 million per year.

Trump managed to match Obama’s yearly figure in his first month in office, spending $10 million on three golfing holidays at his resort.

Costs are expected to remain high as First Lady Melania Trump and Baron Trump are still living in New York City until at least September.

The New York Police Department has revealed that it costs around $127,000 to $146,000 a day “to protect the First Lady and her son while they reside in Trump Tower.”

If Trump continues to stay at Mar-a-Lago, he will surpass Obama’s 8 year total in only 10 months.

Critics have joked that Trump could easily fund the social security and arts programs he is looking to slash if he simply cut down on his Mar-a-Lago trips. As it stands, Trump is looking to slash the programs by $597 million, while his trips will cost around $600 million over the course of his term.

Even more odd, Trump has pledged to spend an additional $54 billion on the military, which will be funded through cuts to other agencies.

Adding to the hilarity, Trump used to criticize Obama for playing too much golf.

“Can you believe that, with all of the problems and difficulties facing the US, President Obama spent the day playing golf. Worse than Carter,” he tweeted in October 2014.

“I don’t ever think that I’d see anything, I just wanna stay in the White House and work my ass off, make great deals, right? Who’s gonna leave? I mean, who’s gonna leave?”