Blacks Are Working More With Little To Show For It 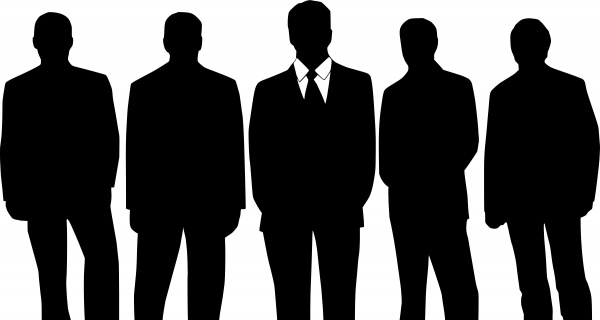 The discrepancies in earnings, wealth and other markers of financial success between black and white Americans are stark. Black Americans, for instance hold much less wealth and have higher rates of unemployment. But perhaps more unsettling than the gaps themselves is the fact that even as many black Americans make progress that should help bridge the divide, such as by working more hours, they have yet to see tangible or enduring economic advancement.

Valerie Wilson and Janelle Jones, economists at the left-leaning Economic Policy Institute, took a look at labor data for black and white workers between the years 1979 and 2015. They found that both black and white workers, between 18 and 64 years old, have increased their number of paid, annual hours of work in the past 36 years. According to the analysis by Wilson and Jones, the average black worker in 2015 put in 1,805 hours, or 12.4 percent more hours than they did in 1979. By contrast, the average white worker put in 1,888 hours, for an increase of around 11 percent. While those trajectories may seem similar, the picture looks a lot different when it comes to the lowest-wage workers in each racial group. When looking at the lowest earners, black workers have seen much more significant increases.

In both 1979 and 2015, poor black Americans worked more hours than poor white Americans. The poorest black workers have increased their annual hours of work to 1,524, a gain of 22 percent from 1979, compared to the 1,445 hours and 17 percent gain of white workers, according to EPI. Unsurprisingly, in both groups, women had the largest gains when it comes to the number of hours worked, in part because more women entered the workforce. But low-wage black women in particular have seen the largest increase in the amount they work each year of any racial, gender, or income- group combination, logging 30 percent more time on the job since 1979.

With the increased hours of labor and climbing education levels, it would stand to reason that black workers in 2015 were in a better economic position than they were in 1979—but that’s not really true. Black-white wage gaps are actually larger now than they were in 1979. The growing discrepancy is even more pronounced for the same low-income workers who are adding the most work hours. In 1979, white workers in the bottom 10 percent of earners made 3.6 percent more than black workers in the lowest income bracket. In 2015, the poorest white workers made 11.8 percent more.

Wilson and Jones say that these gains rebut critics who “blame black workers for racial wage gaps, saying that they should do anything, from getting more education to simply working harder.” Those arguments, they write, ignore the impact of racial discrimination in the labor market and perpetuate stereotypes about the work ethic of black Americans that aren’t supported by data.

The racial wealth gap has also widened since the Great Recession, according to Pew Research. In 2004, white families held about seven times as much wealth as black families; by 2013, that ratio had grown to 13. And economic downturns such as the Great Recession have long hit black families harder than white ones; the Economic Policy Institute observed similar effects after both the 2001 and 1990 recessions. Over time, these differences only grow: A report from the American Civil Liberties Union looking at the long-term effects of the Great Recession found that by 2031, white families will have wealth that is 31 percent lower due to losses in the recession, while Black families will have 40 percent less of their already lower wealth.

There’s reason to be concerned about these inequalities going forward. Not only do black Americans, especially poor ones, not have enough wealth to weather a shock, but they are also unemployed at higher rates. And when they do find jobs, they are often paid less and scrutinized more. The result is a cycle of economic disadvantage that’s hard to break.