Teacher And Student Still Missing. Where Are They? 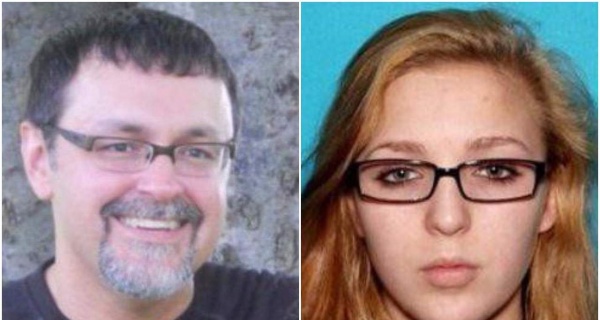 A former Tennessee teacher who allegedly kidnapped a 15-year-old student earlier this month — sparking an ongoing AMBER Alert — exchanged “romantic” and “troubling” messages with the teen through his work email, prosecutors say.

“You could describe it as somewhat intimate in nature,” Maury County, Tennessee, District Attorney Brent Cooper tells PEOPLE of the communication between Mary Catherine Elizabeth Thomas and her accused captor, 50-year-old Tad Cummins.

The messages were “not a conversation expected for a teacher to be having with a 15-year-old student,” Cooper says.

He says the emails came through Cummins’ work, from his job as a health sciences teacher at the at Culleoka Unit High School in Tennessee, where Thomas — who goes by Elizabeth — was a freshman.

She went missing on March 13.

The emails were created through Cummins’ work email account, according to prosecutors. But it was not clear where they were accessed, if at school or elsewhere.

The messages don’t “make clear that anything physical had happened between them,” Cooper says, “but it definitely makes clear that the nature of their relationship, they seemed to view as romantic.”

Cummins was suspended from his teaching job after he was accused of kissing Thomas on school property on Jan. 23, according to the Tennessee Bureau of Investigation. He was fired after he was identified as the suspect in Thomas’ abduction. 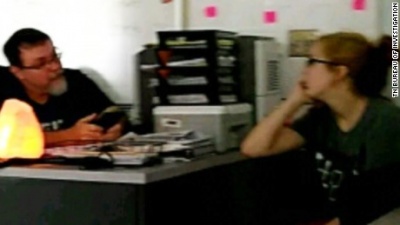 A warrant has been issued for Cummins’ arrest on charges of aggravated kidnapping and sexual contact with a minor.

Cooper says Cummins and Thomas tried to hide their communications: Rather than sending emails to each other, they would save them in Cummins’ drafts folder on his work account and delete the emails after they were read.

In a previous statement to PEOPLE, the Maury County Public Schools said the district “does not tolerate any manner of behavior that is alleged in this incident and will take swift action to remove parties from school campuses who are involved with investigations of this type.”

The emails are consistent with authorities’ allegation that Cummins “groomed” Thomas, Cooper says.

Thomas’ sister Sarah previously told PEOPLE that she was interested in a career in the medical field and “idolized” Cummins because he had worked for a decade in the health care industry.

“He took that interest to kind of manipulate, to gain control over her, to gain her favor,” Sarah said. (Cummins also told Elizabeth he had worked for the CIA and FBI, her family said.)

Elizabeth was at a vulnerable point coming into the 2016-2017 school year because she had been bullied the year before, according to Sarah.

Last year was Elizabeth’s first in the public school system, after being home-schooled until eighth grade.

Elizabeth’s father, Anthony, previously told PEOPLE that Cummins helped her with homework and “[gave] her money, bought a microwave so she would heat food up in his room [and] try and get her out of trouble.”

Anthony said Cummins “built up a system where she was dependent on him.

Cooper says the emails between Cummins and Elizabeth are consistent with the alleged manipulation: “You know the investigators have used to the term ‘grooming’ — I think the messages could definitely be considered as part of that.”

On Sunday, Elizabeth’s family released video footage with her voice, in a new effort to find the teen.

In an approximately one-minute clip uploaded by Wayne County Now, the teen is heard teaching her brother how to sew a flag.

In an open letter on Thursday, Elizabeth’s family said they were “desperate” for information about her disappearance and again asked people to come forward if they know something.

Elizabeth was last seen wearing a flannel shirt and black leggings. She is 5 feet 5 inches inches tall and weighs 120 lbs., with blonde hair and hazel eyes.

Cummins was seen driving a Silver Nissan Rogue with Tennessee license plate 976ZPT, according to the TBI. He is 6 feet tall and weighs 200 lbs., with brown hair and eyes.

Anyone with information on Cummins or Elizabeth should call the TBI at 1-800-TBI-FIND.