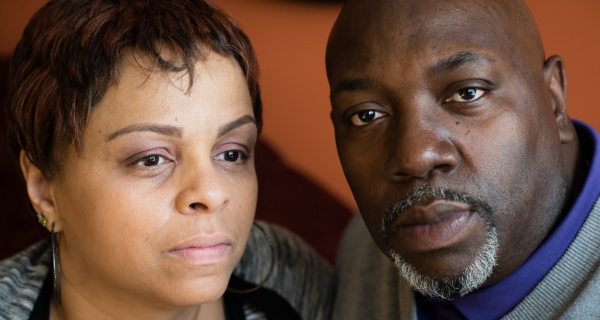 As a crisis response therapist, Tyreese McAllister has sat on the couches of many parents who have lost their children and tried to help them through the grief. Never in all those moments, she said, did she think she would be on the couch, describing a daughter taken too soon.

But there she and her husband were Wednesday in their Maryland home, talking about the 18-year-old they called “Lollipop.” Ayana McAllister was home from college on spring break when she was fatally shot in a Northeast Washington parking lot in front of her roommate and older sister.

“We did everything we could to keep these kids safe,” McAllister, 48, the director of mobile crisis and homeless outreach in the District, said of their two daughters. They paid for tutors when needed. They encouraged their daughters to join extracurricular activities. They called the parents of friends when sleepover invites came. And they loaded GPS trackers onto their girls’ cellphones.

D.C. police said Ayana McAllister, who grew up in Upper Marlboro, was watching a music video being filmed in Northeast Washington on Monday night when gunfire suddenly erupted. Authorities are pleading for bystanders and the cameramen to come forward and help identify who killed her.

Police Chief nominee Peter Newsham could not say whether McAllister was targeted or was struck by a bullet meant for someone else. The shooting occurred about 8:40 p.m. in the 4300 block of Benning Road NE, just up the street from the Benning Road Metro station and a volatile intersection where gunfire is not uncommon. Police said the group watching the video was in a parking lot and that shots were fired moments after filming had ended.

“She was probably doing something that young people do all the time,” Newsham said of the music video. “Young people should be able to come into our community and enjoy themselves without being worried that a gun is going to be pulled out and someone is going to end up dead.”

Aqueelah Brown, 19, said she and McAllister quickly became close at St. Augustine’s University in Raleigh, N.C., and were roommates. When McAllister suggested Brown join her in Maryland for spring break, she said she didn’t hesitate.

During the shooting, Brown’s shoulder was grazed by a bullet.

“We were just standing there talking to each other, waiting for our ride to unlock the door,” Brown said. “And out of nowhere that happened.”

Brown said she felt heat on her shoulder and noticed a hole in her shirt but didn’t immediately realize she was hit. Her focus was on her friend, she said.

Both women were taken to the hospital, where McAllister was pronounced dead Tuesday. Brown said her wound was cleaned at the hospital and she was released. On Wednesday, she was waiting at the McAllister home for her mother to pick her up. She realized, she said, that her mom could have received a very different call if the trajectory of the bullet had been even slightly different.

“It could have been me,” she said, crying.

She said she is going to miss McAllister, who had grown to feel like a sister to her: “She was just a great person to know and she taught me a lot. I appreciate all the moments we had together.” 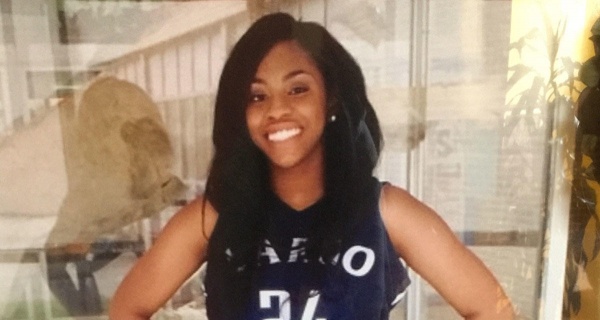 At Largo High School, where McAllister graduated last year, a yellow banner hung by the main entrance, filled with notes to her. “Your talent, your love, and your spirit will live on forever,” wrote one person. “I’ll love and miss you for the rest of my life,” wrote another. In the middle, next to her senior picture, were her own words taken from her yearbook quote: “You gotta stay solid even when everybody else folds on you.”

Principal Afie Mirshah-Nayar said her death marks the third student the school has lost to gun violence in the past year and a half. Davonte Washington, 15, was shot last March while waiting with his mother for a train at the Deanwood Metro station, and Allyssa Banks, 18, was killed in a double shooting in October.

“These are all role model students: got good grades, were involved in the school,” Mirshah-Nayar said. “These are all kids who have done everything right.”

McAllister had been active on the basketball team throughout high school, serving as the manager her senior year. She also joined the JROTC that year. On the wall of the JROTC classroom already hang pictures of Washington and Banks, who were also members of the military program.

McAllister joined the Maryland State Trooper Wesley Brown Explorer Program last summer but remained active even after she left for college, taking the bus from college to participate with the program, which aims to teach young people about law enforcement.

He said most young people come to the program not knowing what they want to do but that McAllister had clear goals.

McAllister was majoring in criminal justice at St Augustine’s, where she and her sister, N’Daja, 19, both attended, following in the footsteps of their father, Anthony McAllister, who was in the Class of 1988. Ayana was also influenced by her father’s job working with troubled youth as a probation and parole officer with the juvenile court in Alexandria, Va. Her parents said her ultimate goal was to become a detective with the Special Victims Unit.

Carrington Carter II, 27, was fatally shot Dec. 30 in the Capitol Heights area of Prince George’s County. At the time, he was a graduate of Morehouse College who was pursing a master’s degree at Georgetown University.

His father, Carrington Carter Sr., 50, who works for the State Department and is a minister at his church, said he does not believe the two shootings are related. He said he believes his son had fallen into a questionable crowd and that McAllister was the victim of a stray bullet.

The gunmen, he said, “have no idea the pain they cause. Mothers, fathers, mentors, teachers. They’re all impacted by this. The gunmen don’t care about them.”

Anthony McAllister, 53, said he doesn’t believe his daughter knew that she was in a dangerous area when the shooting took place and that it pains him to know “we weren’t able to protect her.”

“We just pray God gave her comfort while she went through what she did,” he said.

“We know God doesn’t make any mistakes, and he’s going to make something really good come out of this,” her mother said. “Her dying won’t be in vain.”

She then paused and thought also about Carter.

“We’re not going to let our kids die in vain,” she said. “We have to pull it together so other parents don’t have to go through this.”

Dana Hedgpeth contributed to this report.