FBI Confirms Investigation Of Collusion Between Trump And Russians 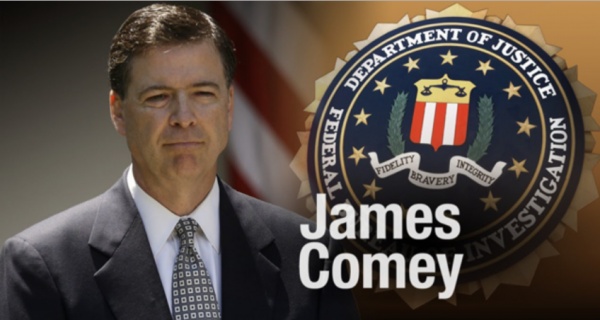 The White House was knocked on the defensive Monday ahead of its biggest week yet on Capitol Hill as F.B.I. Director James Comey confirmed the existence of an active investigation into Russia’s meddling in the presidential election, including whether there was any coordination with now-President Donald Trump’s team.

The dramatic revelation, made at a hearing of the House Intelligence Committee, dragged the Trump administration yet again back into uncomfortable territory just as they had hoped to highlight the smooth rollout of Supreme Court nominee Neil Gorsuch, who began his confirmation hearings across the Capitol on Monday.

In another blow to Trump, Comey and National Security Agency Director Adm. Mike Rogers also publicly refuted his unsubstantiated claims on Twitter that President Barack Obama had ordered a wiretap of Trump Tower phones. The leaders of the House and Senate Intelligence Committees had said last week that Trump’s allegations were untrue.

“I have no information that supports those tweets, and we have looked carefully inside the FBI,” Comey said.

The White House scrambled to contain the fallout, deploying two simultaneous war rooms, according to two people familiar with the arrangement, one in the Executive Office Building to monitor the Comey hearing and another satellite war room in the Senate offices to keep tabs on Gorsuch.

But any hopes in the West Wing for a split-screen day were dashed with the revelation of an active probe into campaign associates of the president. At the White House, televisions in the press offices played the Comey hearing as it ran live on all the cable networks.

“I have been authorized by the Department of Justice to confirm that the FBI, as part of our counter-intelligence mission, is investigating the Russian government’s efforts to interfere in the 2016 presidential election,” Comey said, “And that includes investigating the nature of any links between individuals associated with the Trump campaign and the Russian government.”

Comey said the probe will “include an assessment of whether any crimes were committed.”

Comey himself tried not to overstate the investigation, and caused a laugh when pushed if talk of Trump’s ties to Russia was a form a “McCarthyism.”

“I try very hard not to engage in any ‘isms’ of any kind, including McCarthyism,” he said.

He also revealed that the FBI launched its investigation into possible ties between Trump’s campaign and Russian officials back in July – a detail that enraged allies of Hillary Clinton, considering Comey chose to confirm the existence of the probe into her email arrangement, but not the one into Trump’s campaign.

In addition to Gorsuch’s confirmation, the House is pushing for a floor vote Thursday on the plan of Speaker Paul Ryan and the White House to repeal and replace Obamacare. White House press secretary Sean Spicer was set to answer questions later Monday, and Trump will travel to Kentucky for a rally.

Trump’s war room teams, meanwhile, offered a preview of what is likely to come as they cherry-picked elements from Comey and Rogers to make it seem as if Russia hadn’t meddled in the election.

“The NSA and FBI tell Congress that Russia did not influence electoral process,” Trump tweeted a clip of the testimony from the official @POTUS account.

That is not accurate, or at the least is misleading. Comey and Rogers testified that Russia had not altered vote tallies, though acknowledged they could not judge whether the Russian efforts had any influence on voters.

Trump himself began the pushback before the hearings even began, with a burst of morning tweets attacking the media, Clinton, polls and the Democratic Party. “The real story that Congress, the FBI and all others should be looking into is the leaking of Classified information. Must find leaker now!” Trump tweeted.

Republicans on the Hill followed that lead, aggressively questioning how classified information had leaked while giving lighter treatment to the existence of the FBI investigation and its implications for the president.

Rep. Trey Gowdy seemed to suggest journalists should be prosecuted for printing classified information. He implored Comey to say leaks to the Washington Post and New York Times were being investigated. (Comey declined.)

The top Democrat on the panel, Rep. Adam Schiff, tried to keep the focus on the newly confirmed FBI probe.

“If the Trump campaign, or anybody associated with it, aided or abetted the Russians, it would not only be a serious crime, it would also represent one of the most shocking betrayals of our democracy in history,” Schiff said.