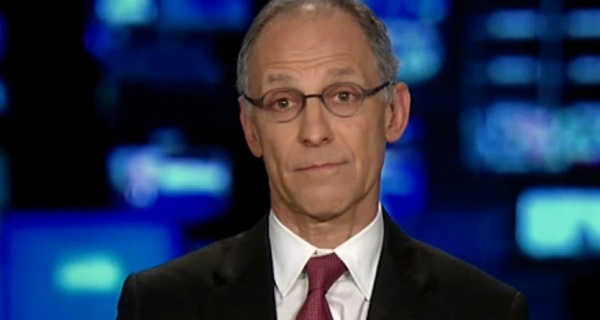 When bioethicist and oncologist Ezekiel Emanuel meets with President Trump at the White House on Monday, the session will reveal publicly what has been happening privately for months: A trusted ally of former president Barack Obama and chief architect of the Affordable Care Act is trying to help steer how Republicans take it apart.

With the administration and Republican leaders in Congress working to rewrite the landmark 2010 law — and Democrats displaying little appetite for negotiating with them — Emanuel appears to be the only member of his party with a seat at the table.

His visit on Monday, which House Speaker Paul D. Ryan (R-Wis.) and Health and Human Services Secretary Tom Price also are scheduled to attend, will be Emanuel’s third in-person conversation on health policy with Trump since the November election.

In an interview on Sunday, Emanuel recalled how during the ACA’s drafting, Democrats held ongoing discussions with shifting groups of Republican lawmakers, even though no GOP members of the House or Senate ultimately supported the legislation.

Now, however, such bipartisan discussion of the future of federal health-care law “doesn’t seem to be happening,” said Emanuel, who chairs the University of Pennsylvania’s Department of Medical Ethics and Health Policy. “I may be the only person on the Democratic side who, for crazy reasons, they’ve agreed to talk to.”

This role is a dramatic turnabout for a prolific health policy expert who served as a top adviser in the Obama White House from 2009 to 2011 and was demonized at the time by many Republicans.

In his 2014 book Reinventing American Health Care, Emanuel wrote that “beginning in 2020 or so, the ACA will increasingly be seen as a world historical achievement, even more important for the United States than Social Security and Medicare has been. And Barack Obama will be viewed more like Harry Truman — judged with increasing respect over time.”

While Emanuel is partisan, he also is pragmatic, and he has consistently maintained that the sprawling law needs improvement. He has argued that it should be altered to further expand insurance coverage, contain health costs, improve the health plans’ affordability, and address the inconsistent caliber of health-care delivery in the United States.

In mid-December, officials for the presidential transition announced that Emanuel would visit Trump at Trump Tower. The then-president-elect would “meet with all sorts of people that he agrees and disagrees with,” said Sean Spicer, then a transition spokesman and now White House press secretary. “If they have ideas that can make the country better, and in this case our health-care system better in terms of affordability and accessibility, he’s going to want to hear their ideas.”

Last month, Emanuel met with the president at the White House. He also has discussed health-care matters periodically with several of the president’s top advisers.

“I take the president seriously when he says he wants to get everyone in the country covered,” Emanuel said Sunday — which could be an even bigger challenge under the Republians’ American Health Care Act. A forecast last week by the Congessional Budget Office estimated that the legislation, which Ryan is aiming for a House vote within days, would lead to 24 million more uninsured Americans by 2026. In 2018 alone, the CBO projected, the number of people without health coverage could increase by 14 million.

“There are ideas out there that are bipartisan, and I’m pushing those ideas,” Emanuel said. They include automatic enrollment in health-care coverage: “It’s not administratively simple, but it’s got appeal.”

The conversations between the two men carry political risks for both sides. Emanuel’s brother, Rahm, is the mayor of Chicago and a one-time Obama chief of staff who has clashed more than once with Trump over how best to address gun violence in that city.

And the doctor has himself come under Republican fire before. Former GOP vice presidential nominee Sarah Palin once called him “Orwellian” for an op-ed in which he noted that many medical professionals support the idea of providing care to younger rather than older patients when resources are very scarce.

Emanuel, who opposes physician-assisted suicide and voluntary euthanasia, countered that critics had taken a single piece of his voluminous works of writing out of context. He has been an outspoken critic of the U.S. health-care system; his 2014 book’s full title continues as “How the Affordable Care Act Will Improve Our Terribly Complex, Blatantly Unjust, Outrageously Expensive, Grossly Inefficient, Error Prone System.”

Under the ACA, he helped usher in changes to how health care is delivered, from accelerating the adoption of electronic medical records to making preventative health services more affordable.

As a tenured professor who does not hold elected office, Emanuel has considerably more freedom than many other prominent Democrats. Even as he talks with the White House, he rejects the current House GOP legislation. It would leave many Americans without insurance who are currently covered without insurance, he said Sunday, and it fails to address the factors driving up health care costs.