The Life Changing Consequences Of Elections 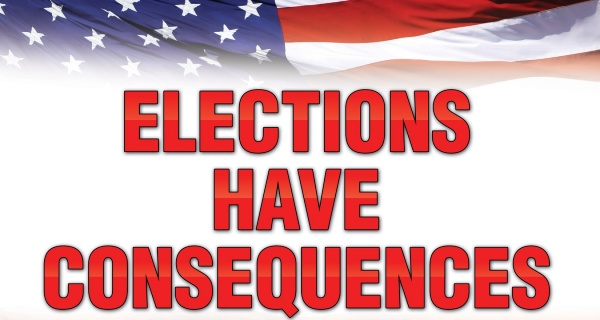 The phrase "elections have consequences" is trotted out quite frequently, almost always AFTER an election. It's usually the lament of the disgruntled loser or the proud boast of the insensitive winner. Any way you care to slice it, however, it's nevertheless quite true. This came into focus with the release of President Trump's budget proposals for the coming fiscal year. The President wants to increase the military budget significantly, while pretty much cutting all the rest.

The fact is that this shouldn't come as a surprise to anyone. It pretty much reflects what he promised he'd do when he got elected President. And, by George, he's ONE politician who's living up to his campaign promises. Of course, for MOST of the campaign, the emphasis was on how much he would INCREASE the military budget. He told us there would be more troops, better equipment, and, well, just MORE, when it came to our nation's Armed Services. What he seemingly glided over was the CUTS that would be necessary in order to avoid making the deficit even bigger than it already is. When pressed for specifics during the campaign, we pretty much got "Trust Me!!". And we did. At least a LOT of people did. The great irony, of course, is that most of the cuts will disproportionately hurt the people who voted FOR him. But like I said, elections have consequences!

What we see with this budget is Social Darwinism at it finest, or worst depending on how you feel about Social Darwinism. In the end, it all comes down to survival of the fittest, doesn't it? Poor people depend on the government. For instance, if you're old and poor, there's Meals on Wheels. Well, not no more. If you're old and poor in Trump USA, Inc. too bad for you. You're going to have to cinch in that belt and learn how to deal with being a little hungrier. Of course, it's all for your own good. If you get less food you'll lose weight and reduce your chances of developing Diabetes Type 2. If you wanted to keep eating, you should have voted for someone a little more sensitive to YOUR needs. Thought it was the Donald? Well,too bad, you lose.

Donald Trump got overwhelming support from the Appalachian States. Time after time he'd emphasize how much he was for the little guy, the people who were at the bottom of the economic mountain, people like displaced coal miners. You guys voted for the Donald because he was on YOUR side. You were absolutely convinced that he would restore your jobs and bring in a whole new era of prosperity for Coal Country. The only problem is that nobody wants to use coal to fuel their energy needs. While it is plentiful, it's also difficult to get to and it produces tons and tons of pollutants. The fact that America is the Saudi Arabia of coal is great, except for the fact that nobody wants to go around breathing through oxygen masks just to stay alive. So, the stark reality is that President Trump isn't going to produce any MORE jobs in coal country. But he WILL cut out job training programs for displaced coal miners and he'll eliminate financial assistance to prospective business owners who just need an infusion of capital to be their own boss. The end result? You voted for the Donald, and he, in turn, screwed you! But, after all, elections DO have consequences.

By now, it's apparent that Donald Trump didn't give a rat's behind about the consequences of what he proposed to do when he got to be President. But then, we should have guessed that. That's the problem about electing a billionaire as President. Billionaires are seldom personally affected by the consequences of what they do once the win political office. Take money out of the public education budget and give it to privately run charter schools? Why not, after all, cute little Barron Trump goes to an exclusive private school anyway. He won't be affected by what his daddy does. Don't like what's happening with your public school system? Send your kid to a charter school. The Donald will even give you a $2,500 voucher to help with tuition. You say tuition is $12,500? Well, all you have to do is pony up the extra ten grand and your kid will be in the educational driver's seat!

The point is that the average "little guy" should have anticipated that a President Trump would not exactly be FOR the little guy once he was safely ensconced in the White House. Donald Trump is simply another rich politician. In the end, wealthy politicians essentially look out for their OWN best interests. Ronald Reagan liked to say that a rising tide raises all ships, which is true. But what he failed to mention was that if YOUR ship happened to be a leaky old row boat, it would STILL be a leaky old row boat no matter HOW HIGH the tide rose. President Trump may have campaigned FOR the little guy. But in the end, he was only thinking about himself. Maybe we should change the whole E Pluribus Unum thing to something more appropriate, like Ubi Es Mea. Which, roughly translated means, "Where's MINE?!