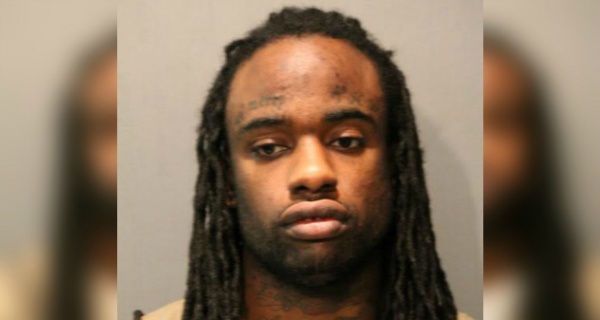 With a gray hoodie clutched in his right hand, Kamari Belmont strode to the front of a group of detainees being released from Cook County Jail last week.

After being held for nearly two years on murder and armed robbery charges, Belmont's luck was the jailhouse equivalent of winning the lottery. Cook County prosecutors had screwed up and missed the legal deadline to hold a trial in an apparent mix-up caused after the victim died three weeks following the shooting. By the time prosecutors upgraded the attempted murder charges to first-degree murder nearly a year later, Belmont's right to a speedy trial had been violated, a judge ruled in late January.

It took more than a month longer before a friend posted $10,000 in cash to win Belmont's release from jail on another armed robbery charge he still faced.

Belmont, 23, was eager to return home in time for a birthday party for his daughter, who turns 3 later this month, said a close friend who talked to him by phone last month.

“He told me he'd be back real soon,” said the friend, Myesha Averhart, 28, who was so close to Belmont that she said he referred to her as his sister. “He knew he was coming home.”

At 11:12 p.m. on March 6, almost six hours after the $10,000 bail had been posted, a surveillance camera captured Belmont pushing through a metal turnstile and walking out of the sprawling jail complex with the gray hoodie now covering his head.

He jumped in a car with two friends and rode off south on California Avenue, but moments later, a white SUV pulled alongside and someone opened fire, Chicago police said.

Within seconds of his release from jail, Belmont, the letters MVP tattooed on his face, collapsed in the street and died from multiple gunshot wounds in what had all the appearances of a well-planned hit.

Twenty shell casings from at least two handguns were found nearby. The white SUV crashed, and those inside fled on foot, according to police.

Police suspect Belmont, identified in court records and by sources as a member of the 4-6 Terror faction of the Gangster Disciples, may have been targeted by rival gang members from the Young Money faction of the Mickey Cobras, according to sources.

The gang has clashed with Young Money in the Bronzeville neighborhood and has been a consistent source of violence and armed robberies on the South Side, the sources said.

In recent years, some of Chicago's most high-profile killings, including the fatal shootings of two innocents, 15-year-old Hadiya Pendleton and 14-year-old Tyjuan Poindexter, have been linked to feuds between 4-6 Terror and rival gangs.

Authorities have alleged two members of a Gangster Disciples faction known as SUWU opened fire into Harsh Park, a 4-6 Terror hangout, striking Hadiya in the back and wounding two other students where they took shelter from the rain after finishing finals at King College Prep High School in January 2013. Hadiya, who just a week earlier had performed at President Barack Obama's second inauguration festivities, became a national symbol of Chicago's gang violence.

Prosecutors believe Tyjuan was on his way to play basketball in the South Side's North Kenwood neighborhood in September 2015 when he was fatally shot on what would have been the birthday of a 4-6 Terror member who was slain at 15 by a Young Money rival.

Several 4-6 Terror gang members have been charged with Bronzeville murders in recent years, and Belmont included their mugshots on a collage he posted on his Facebook page.

Photos of Belmont flashing gang signs and posing with what appear to be handguns are posted on his social media pages beside photos of his young daughter.

His social media postings, including his Twitter handle, also indicate some affiliation with the THF gang faction, an acronym that stands for Trigga Happy Family.

Belmont and a second man were charged with two armed robberies on the South Side that took place a little more than an hour apart on May 1, 2015. In the first one, a physical struggle with one victim, 40-year-old Sorrell Marshall, took place at 37th Street and Vincennes Avenue, and Marshall was shot once each in the leg and groin.

Belmont was arrested later that night after he and his accomplice held up another man in the Loop, authorities said. A woman with the victim had fled and flagged down a police car.

Belmont and the second man were charged with both armed robberies and Marshall's attempted murder.

Marshall, though, died three weeks later, but prosecutors for unexplained reasons did not upgrade the charge to first-degree murder until April 2016, nearly a year later, records show. The delay might have been caused in part because the Cook County medical examiner's office did not immediately rule Marshall's death a homicide pending further investigation.

But the 120-day clock under the speedy trial statute had started ticking with the filing of the attempted murder charges in May 2015. The murder charges did not reset the clock because the indictment “arose out of the same set of circumstances,” lawyers for Belmont and his co-defendant argued.

Prosecutors had let more than a year pass without bringing the case to trial, leaving them no choice but to drop the charges, Belmont's attorney said.

Last week, State's Attorney Kim Foxx's office blamed predecessor Anita Alvarez for the mix-up, saying in a statement that “case law demanded that we dismiss the murder charges.” A spokeswoman for Foxx, in office for three months, declined to take questions on the matter, and a spokeswoman for Alvarez declined to comment.

Records show that Belmont had been charged or implicated in a number of previous stickups and was once sentenced to five days in jail for mob action for yelling “4-6 Terror” and “Mo Town” with two other reputed gang members in the Back of the Yards neighborhood.

But Averhart and others described Belmont, who attended Dunbar High School but graduated from an alternative school, as funny and kind, someone who would carry a neighbor's groceries in for her.

“He loved his daughter a lot,” she said. “He was such a nice person. He didn't deserve this.”

Belmont's criminal defense lawyer, Michael Johnson, said the online vitriol directed at Belmont, including many comments applauding his killing, has devastated his family.

“People are making the assumption that he beat the system. They're assuming he did it,” Johnson said of the murder and armed robberies. “For all of the people offering their condolences, other people are saying good riddance. That's why I don't read the comments.”