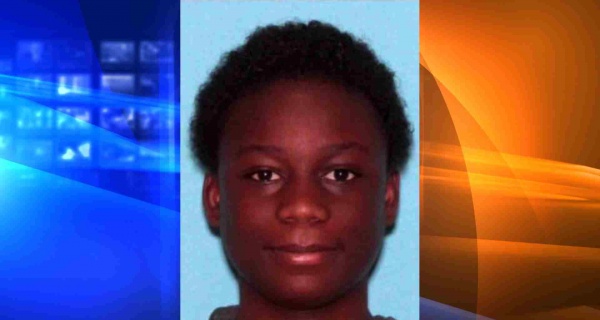 Very little about Ben Keita's hanging adds up for the teen's family. The rope was tied to a tree branch at least 30 feet high, an autopsy report says, in a densely wooded area just a few blocks from the black Muslim's Seattle-area home.

His family believed him to be an ambitious 18-year-old high schooler striving toward medical training. Yet he disappeared seemingly without explanation in late November, and now here was his body, found by a passerby January 9, dangling from a long rope tied to a high branch.

The autopsy report says his body may have been semi-frozen for weeks, consistent with winter, and could have been there the entire time he'd been missing. But his feet were about 2.5 feet off the ground -- no need to look up -- and the area supposedly was previously searched, the report says.

The Snohomish County medical examiner's office has consistently said he died by hanging, with no other evidence of trauma. But while it initially said the hanging was suicide, in late January it changed the manner of death to "undetermined," noting the "very high tree branch" and the question of why he wasn't found sooner.

Now his relatives are asking the FBI to step in with its own investigation.

"It's been more than a month after the young man was found dead hanging from a tree, and yet there are many questions unanswered and many leads uninvestigated," said Arsalan Bukhari, executive director of the Washington chapter of the Council on American-Islamic Relations (CAIR), which Keita's family contacted for help.

Keita's family says they have lived in Lake Stevens, a community of about 30,000 people north of Seattle, for 17 years. Keita, they say, planned to graduate from high school this year and already was taking courses at a community college.

He hoped to go to medical school and become a medical examiner, his father, Ibrahima Keita, told reporters this week.

The father said there was no reason for the family to suspect anything was wrong.

The death of Ben Keita:

A timeline of events surrounding the hanging of 18-year-old Ben Keita in Washington state:

November: Keita stops going to class for three weeks leading up to his disappearance, unbeknownst to his family, police say.

November 25-26: Keita fails to show up for work at a fast-food restaurant, according to police.

November 26: Keita leaves his family home in Lake Stevens in the morning. His family reports him missing later in the day.

January 9: A passerby finds Keita's body hanging from a tree branch in a densely wooded area blocks from his home. A medical examiner's office initially rules the death a suicide by hanging.

January 26: In an autopsy report, the medical examiner's office confirms hanging as the cause of death, but changes the manner from suicide to "undetermined."

February 27: The Washington state chapter of the Council on American-Islamic Relations asks the FBI's Seattle office to investigate the case.

"No history of depression, anxiety, any psychological breakdown at all whatsoever. So he was a very ... happy young man," he said, according to CNN affiliate KIRO.

On November 26, his family reported him missing, with Keita having apparently left home early in the morning. His mother said his wallet, phone and car still were at the home, according to the medical examiner's report.

Lake Stevens police say they still don't know why he vanished -- but they learned something had been amiss beforehand.

They say that while investigating his disappearance, they discovered he hadn't been in class for three weeks before the 26th. He also did not show up to work at a fast food restaurant on the 25th or the 26th.

"We don't track their schedule, and the community college doesn't do family notifications when a student turns 18 because they're an adult," Lake Stevens school spokeswoman Jayme Taylor said.

The family didn't know about his absences until the investigation started, Bukhari told CNN, and it doesn't know where he'd been instead.

Investigators, besides trying to figure out why he disappeared and was eventually found hanged, are trying to determine why he had stopped going to class and work, police say.

The tree where the body was is about 12 to 14 feet from a trail, and "maybe 10 feet at most from the nearest backyard fence," Bukhari said.

The autopsy report says the area is densely wooded, but that the area was reportedly searched before the body's discovery.

"Although at autopsy I did not see any evidence of trauma beyond the evidence of hanging, the circumstances of the very high tree branch, uncertain location of the decedent for the six weeks prior to discovery (with a report that the area where the body was found had been previously searched), and lack of any reported suicidal ideation or attempts makes a definitive classification of the manner as suicide uncertain," an associate medical examiner wrote in the autopsy report January 26.

This week, CAIR sent a letter to the FBI asking it to investigate. Bukhari said this week that the family isn't happy about the pace of the local police investigation, and that Keita's family believes police haven't interviewed four people -- co-workers of Keita -- who they think may have known something about his whereabouts.

"For that to happen and this much time to have lapsed causes us to wonder about whether this investigation was as comprehensive as it should have been," Bukhari said at a news conference Tuesday. "That's why we want to bring in the federal investigators."

Keita's father also was at the news conference, asking the public to step forward with information.

CAIR and other advocates for the Keita family, including a Christian minister, have invoked the teen's race and religion.

In the letter to the FBI, CAIR-Washington wrote that the family "wants to know that their community is safe for all young people including people of color and religious minorities."

"Today we are careful not to rush to judgment. However, we are also careful to acknowledge that in this atmosphere of fear and uncertainty where one must still declare black lives matter and where Islamophobia is alive and well, there must be a thorough investigation into the death of this young man."

When reporters asked Tuesday whether there was evidence of prejudice having anything to do with the case or tainting the investigation, Bukhari offered no specifics.

"There are many things that we want to find out about," he said.

FBI reviewing the case with police:

The Lake Stevens police say they have already worked on the case with the FBI, which helped in the forensic examination of a family computer.

The FBI's Seattle office said it is reviewing the case with police.

"Our review is providing additional investigators to consider the situation and ensure that LSPD has covered all appropriate leads," FBI spokeswoman Ayn Dietrich-Williams told CNN.

In a separate statement, she said, "If warranted, we may conduct further investigation. A review does not necessarily result in the opening of an investigation."