According To Reports, The F.B.I Rejects Trump's Claim Of Wiretapping 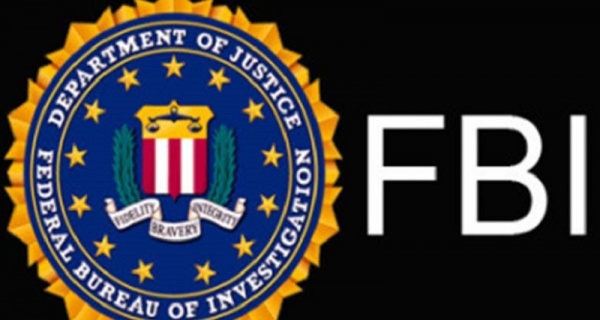 The F.B.I. director, James B. Comey, asked the Justice Department this weekend to publicly reject President Trump’s assertion that President Barack Obama ordered the tapping of Mr. Trump’s phones, senior American officials said on Sunday. Mr. Comey has argued that the highly charged claim is false and must be corrected, they said, but the department has not released any such statement.

Mr. Comey made the request on Saturday after Mr. Trump leveled his allegation on Twitter. Mr. Comey has been working to get the Justice Department to knock down Mr. Trump’s claim because there is no evidence to support it and it insinuates that the F.B.I. broke the law, the officials said.

A statement by the Justice Department or Mr. Comey refuting Mr. Trump’s allegations would be a remarkable rebuke of a sitting president, putting the nation’s top law enforcement officials in the position of questioning the truthfulness of the government’s top leader. The situation underscores the high stakes of what the president and his aides have set out by accusing the former president of a conspiracy to undermine Mr. Trump’s young administration.

The White House showed no indication that it would back down from Mr. Trump’s claims. On Sunday, the president demanded a congressional inquiry into whether Mr. Obama had abused the power of federal law enforcement agencies before the 2016 presidential election. In a statement from his spokesman, Mr. Trump called “reports” about the wiretapping “very troubling” and said that Congress should examine them as part of its investigations into Russia’s meddling in the election.

Along with concerns about the potential attacks on the bureau’s credibility, senior F.B.I. officials are said to be worried that the notion of a court-approved wiretap will raise the public’s expectations that the federal authorities have significant evidence implicating the Trump campaign in colluding with Russia’s efforts to disrupt the presidential election.

One problem Mr. Comey has faced is that there are few senior politically appointed officials at the Justice Department who can make the decision to release a statement, the officials said. Attorney General Jeff Sessions recused himself on Thursday from all matters related to the federal investigation into connections between Mr. Trump, his associates and Russia.

Mr. Comey’s behind-the-scenes maneuvering is certain to invite contrasts to his actions last year, when he spoke publicly about the Hillary Clinton email case and disregarded Justice Department entreaties not to.

In his demand for a congressional inquiry, the president, through his press secretary, Sean Spicer, issued a statement on Sunday that said, “President Donald J. Trump is requesting that as part of their investigation into Russian activity, the congressional intelligence committees exercise their oversight authority to determine whether executive branch investigative powers were abused in 2016.”

Mr. Spicer, who repeated the entire statement in a series of Twitter messages, added that “neither the White House nor the president will comment further until such oversight is conducted.”

A spokesman for Mr. Obama and his former aides have called the accusation by Mr. Trump completely false, saying that Mr. Obama never ordered any wiretapping of a United States citizen.

“A cardinal rule of the Obama administration was that no White House official ever interfered with any independent investigation led by the Department of Justice,” Kevin Lewis, Mr. Obama’s spokesman, said in a statement on Saturday.

Mr. Trump’s demand for a congressional investigation appears to be based, at least in part, on unproved claims by Breitbart News and conservative talk radio hosts that secret warrants were issued authorizing the tapping of the phones of Mr. Trump and his aides at Trump Tower in New York.

In a series of Twitter messages on Saturday, the president seemed to be convinced that those claims were true. In one post, Mr. Trump said, “I’d bet a good lawyer could make a great case out of the fact that President Obama was tapping my phones in October, just prior to Election!”

On Sunday, Sarah Huckabee Sanders, the deputy White House press secretary, said the president was determined to find out what had really happened, calling it potentially the “greatest abuse of power” that the country has ever seen.

“Look, I think he’s going off of information that he’s seen that has led him to believe that this is a very real potential,” Ms. Sanders said on ABC’s “This Week” program. “And if it is, this is the greatest overreach and the greatest abuse of power that I think we have ever seen and a huge attack on democracy itself. And the American people have a right to know if this took place.”

The claims about wiretapping appear similar in some ways to the unfounded voter fraud charges that Mr. Trump made during his first days in the Oval Office. Just after Inauguration Day, he reiterated in a series of Twitter posts his belief that millions of voters had cast ballots illegally — claims that also appeared to be based on conspiracy theories from right-wing websites.

As with his demand for a wiretapping inquiry, Mr. Trump also called for a “major investigation” into voter fraud, saying on Twitter that “depending on results, we will strengthen up voting procedures!” No investigation has been started.

Senior law enforcement and intelligence officials who worked in the Obama administration have said there were no secret intelligence warrants regarding Mr. Trump. Asked whether such a warrant existed, James R. Clapper Jr., a former director of national intelligence, said on NBC’s “Meet the Press” program, “Not to my knowledge, no.”

“There was no such wiretap activity mounted against the president-elect at the time as a candidate or against his campaign,” Mr. Clapper added.

Mr. Trump’s demands for a congressional investigation were initially met with skepticism by lawmakers, including Republicans. Appearing on CNN’s “State of the Union” on Sunday, Senator Marco Rubio, Republican of Florida, said he was “not sure what it is that he is talking about.”

“I’m not sure what the genesis of that statement was,” Mr. Rubio said.