Cops Who Set Up Drug Dealers For Robberies Sentenced To Prison 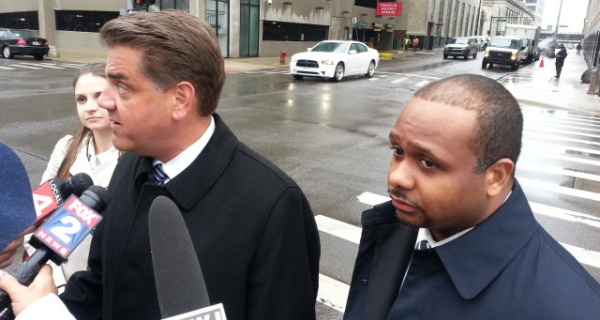 The men, who worked for the now-disbanded Detroit Police Narcotics Unit, were accused of setting up fake busts and robbing drug dealers of cash, valuables and drugs under the guise of official investigations.

Christopher A. Wilson, a convicted drug dealer, testified that Detroit police officers busted in on an in-progress cocaine deal and "robbed" the men present of nearly $140,000 cash in November 2011.

Amber Pickett, the girlfriend of another high-level Detroit drug dealer currently serving time in federal prison after a bust involving the Mexican Cartel, says Detroit police stole a duffel bag from her home loaded with cash in April 2011. The amount of money in the bag: $45,460, according to a police forfeiture form entered into evidence at a Detroit federal courtroom Friday.

In a 2010 bust, the officers were accused of seizing nearly $3 million in cash, although only about $2.2 million ever made it to evidence lockers.

These are just a few examples of the sort of police-drug dealer heists that prosecutors say a rogue crew of Detroit cops executed between 2011 and 2014.

Attorneys for the ex-law enforcers on Monday filed a request for a new trial claiming prosecutors withheld crucial evidence from coming to light at the trial.