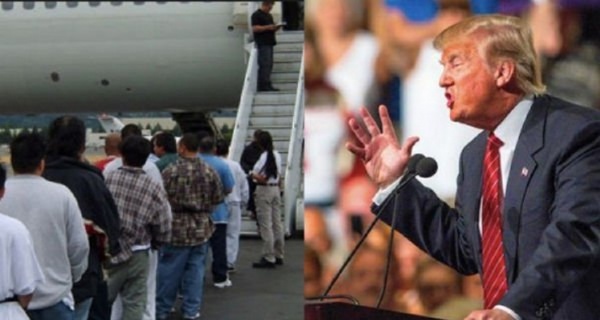 The Department of Homeland Security on Tuesday released a set of documents translating President Trump’s executive orders on immigration and border security into policy, bringing a major shift in the way the agency enforces the nation’s immigration laws.

Under the Obama administration, undocumented immigrants convicted of serious crimes were the priority for removal. Now, immigration agents, customs officers and border patrol agents have been directed to remove anyone convicted of any criminal offense.

That includes people convicted of fraud in any official matter before a governmental agency and people who “have abused any program related to receipt of public benefits.”

The policy also calls for an expansion of expedited removals, allowing Border Patrol and Immigration and Customs Enforcement agents to deport more people immediately. Under the Obama administration, expedited removal was used only within 100 miles of the border for people who had been in the country no more than 14 days. Now it will include those who have been in the country for up to two years, and located anywhere in the nation.

The change in enforcement priorities will require a considerable increase in resources. With an estimated 11 million people in the country illegally, the government has long had to set narrower priorities, given the constraints on staffing and money.

In the so-called guidance documents released on Tuesday, the department is directed to begin the process of hiring 10,000 new immigration and customs agents, expanding the number of detention facilities and creating an office within Immigration and Customs Enforcement to help families of those killed by undocumented immigrants. Mr. Trump had some of those relatives address his rallies in the campaign, and several were present when he signed an executive order on immigration last month at the Department of Homeland Security.

The directives would also instruct Immigration and Customs Enforcement, as well as Customs and Border Protection, the parent agency of the Border Patrol, to begin reviving a program that recruits local police officers and sheriff’s deputies to help with deportation, effectively making them de facto immigration agents. The effort, called the 287(g) program, was scaled back during the Obama administration.

The program faces resistance from many states and dozens of so-called sanctuary cities, which have refused to allow their law enforcement workers to help round up undocumented individuals.

Senior Homeland Security officials told reporters Tuesday morning that the directives were intended to more fully make use of the enforcement tools that Congress has already given to the department to crack down on illegal immigration. The officials, speaking on the condition of anonymity during a morning conference call, emphasized that some of the proposals for increased enforcement would roll out slowly as the department finalizes the logistics and legal rules for more aggressive action.

In particular, the officials said that returning Central American refugees to Mexico to await hearings would be done only in a limited fashion, and only after discussions with the government of Mexico, which would most likely have to agree to accept the refugees.

The officials also made clear that nothing in the directives would change the program known as Deferred Action for Childhood Arrivals, which provides work permits and deportation protection for the young people commonly referred to as Dreamers.

But the officials also made clear that the department intended to aggressively follow Mr. Trump’s promise that immigration laws be enforced to the maximum extent possible, marking a significant departure from the procedures in place under President Barack Obama.

That promise has generated fear and anger in the immigrant community, and advocates for immigrants have warned that the new approach is a threat to many undocumented immigrants who had previously been in little danger of being deported.