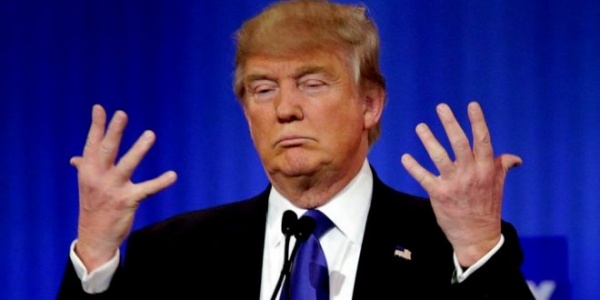 A lot of people seem to be questioning President Trump’s mental health. This month, Representative Ted Lieu, a California Democrat, went so far as to say he was considering proposing legislation that would require a White House psychiatrist.

More controversial is the number of mental health experts who are joining the chorus. In December, a Huffington Post article featured a letter written by three prominent psychiatry professors that cited President Trump’s “grandiosity, impulsivity, hypersensitivity to slights or criticism, and an apparent inability to distinguish between fantasy and reality” as evidence of his mental instability. While stopping short of giving the president a formal psychiatric diagnosis, the experts called for him to submit to a full medical and neuropsychiatric evaluation by impartial investigators.

A practicing psychologist went further in late January. He was quoted in a U.S. News and World Report article titled “Temperament Tantrum,” saying that President Trump has malignant narcissism, which is characterized by grandiosity, sadism and antisocial behavior.

I don’t doubt that these experts believe they are protecting the country from a president whose behavior they — like many of us — see as dangerous. A recent letter to the editor in this newspaper, signed by 35 psychiatrists, psychologists and social workers, put it this way: “We fear that too much is at stake to be silent.” It continued, “We believe that the grave emotional instability indicated by Mr. Trump’s speech and actions makes him incapable of serving safely as president.”

But the attempt to diagnose a condition in President Trump and declare him mentally unfit to serve is misguided for several reasons.

First, all experts have political beliefs that probably distort their psychiatric judgment. Consider what my mostly liberal profession said of Senator Barry Goldwater, the Republican nominee for president in 1964, right before the election. Members of the American Psychiatric Association were surveyed about their assessment of Goldwater by the now-defunct Fact magazine. Many savaged him, calling him “paranoid,” “grossly psychotic” and a “megalomaniac.” Some provided diagnoses, like schizophrenia and narcissistic personality disorder.

They used their professional knowledge as a political weapon against a man they had never examined and who certainly would never have consented to their discussing his mental health in public.

Goldwater sued (successfully) and, as a result, in 1973 the A.P.A. developed the Goldwater Rule. It says that psychiatrists can discuss mental health issues with the news media, but that it is unethical for them to diagnose mental illnesses in people they have not examined and whose consent they have not received.

Contrary to what many believe, this rule does not mean that professionals must remain silent about public figures. In fact, the guidelines specifically state that mental health experts should share their knowledge to educate the public.

So while it would be unethical for a psychiatrist to say that President Trump has narcissistic personality disorder, he or she could discuss common narcissistic character traits, like grandiosity and intolerance of criticism, and how they might explain Mr. Trump’s behavior. In other words, psychiatrists can talk about the psychology and symptoms of narcissism in general, and the public is free to decide whether the information could apply to the individual.

This may seem like splitting hairs, but it isn’t. Diagnosis requires a thorough examination of a patient, a detailed history and all relevant clinical data — none of which can be gathered from afar. Narcissism, for instance, isn’t the only explanation for impulsive, inattentive and grandiose behavior. Someone could be suffering instead from another clinical problem like attention deficit hyperactivity disorder; the abuse of drugs, alcohol or stimulants; or a variant of bipolar disorder, to name just a few.

This is all to say that when mental health professionals label public figures with mental illnesses, it is not just unethical — it’s intellectually suspect. We don’t have the requisite clinical data to know what we are talking about.

Besides, even if you posit that a president has a mental disorder, that in itself may say little about his fitness to serve. After all, Lincoln had severe depression. Theodore Roosevelt was probably bipolar. Ulysses S. Grant was an alcoholic. According to a study based on biographical data, 18 of America’s first 37 presidents met criteria suggesting they suffered from a psychiatric disorder during their lifetime: 24 percent from depression, 8 percent from anxiety, 8 percent from bipolar disorder and 8 percent from alcohol abuse or dependence. And 10 of those presidents showed signs of mental illness while they were in office.

You can be psychiatrically ill and be perfectly competent, just as you can be mentally healthy but totally unfit. (Of course, certain mental states, like florid psychosis or dementia, would render a president unfit to serve.)

There is one last reason we should avoid psychiatrically labeling our leaders: It lets them off the moral hook. Not all misbehavior reflects psychopathology; the fact is that ordinary human meanness and incompetence are far more common than mental illness. We should not be in the business of medicalizing bad actors.

So the nation doesn’t need a shrink to help it to decide whether President Trump is fit to serve, mentally or otherwise. Presidents should be judged on the merits of their actions, statements and, I suppose, their tweets. No experts are needed for that — just common sense.