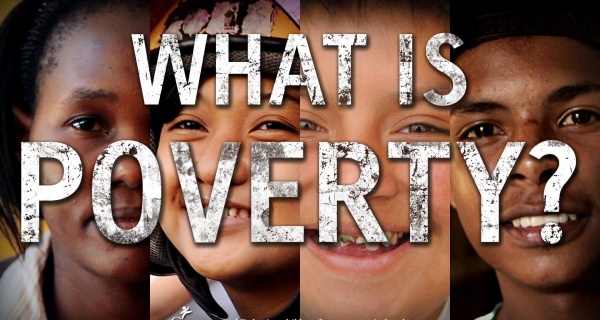 Working-class whites are the biggest beneficiaries of federal poverty-reduction programs, even though blacks and Hispanics have substantially higher rates of poverty, according to a new study to be released Thursday by the Center on Budget and Policy Priorities.

Government assistance and tax credits lifted 6.2 million working-class whites out of poverty in 2014, more than any other racial or ethnic demographic. Half of all working-age adults without college degrees lifted out of poverty by safety-net programs are white; nearly a quarter are black and a fifth are Hispanic. 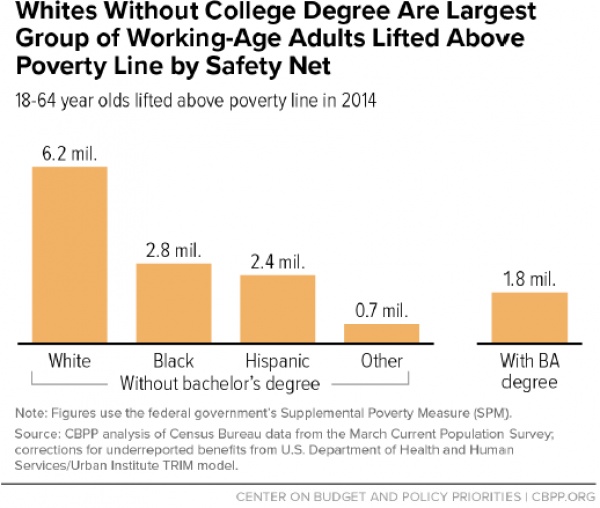 The result does not simply reflect the fact that there are more white people in the country. The percentage of otherwise poor whites lifted from poverty by government safety-net programs is higher, at 44 percent, compared to 35 percent of otherwise poor minorities, the study concluded.

“There is a perception out there that the safety net is only for minorities. While it’s very important to minorities because they have higher poverty rates and face barriers that lead to lower earnings, it’s also quite important to whites, particularly the white working class,” said Isaac Shapiro, a senior fellow at the Center on Budget and Policy Priorities and one of the report’s authors.

The researchers did not draw a conclusion from their study as to why working class whites are disproportionately helped by government poverty reduction programs. One possibility is that white Americans are better positioned to know all the government benefits that are available to them, Shapiro said. Whites also benefit more from the Social Security system than minorities, both because they may have paid more into it and they are an older population, he said.

Shapiro said that the low percentage of Hispanic beneficiaries reflects that the Census Bureau counts unauthorized immigrants in the poverty rate, but they are not eligible to receive most government benefits aimed at the poor.

Working-class whites drawn to President Trump’s campaign may be particularly hard hit by the policies of the Trump administration and congressional Republicans, Shapiro said, including the push to dismantle President Obama's health-care reform law and changing the way food stamps and other programs for the poor are administered. The safety net appears to be even more critical, he said, in states with a large share of working-class whites, including the previously blue states of Wisconsin, Iowa and Ohio that flipped to Trump in 2016.

“A missing element of the political conversation has been the degree to which government programs are important to the working class in general, and the white working class in particular,” Shapiro said. “Many of these programs could be the subject of dramatic cuts over the next year. Rather than helping the working class address their basic needs and escape from poverty, the potential political agenda is going to push precisely in the opposite direction.”