Many Trump Supporters Are Having Buyers Remorse 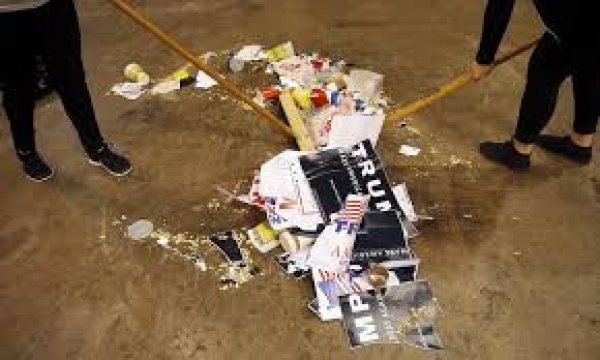 Whenever she has a few minutes to spare, Erica Baguma goes hunting online for Trump voters. Some praise the president, others take aim at him. Baguma, however, is searching for something specific: regret.

Since November, the 23-year-old has been compiling and retweeting a collection of remorseful tweets from Trump voters at @Trump_Regrets.

“I voted for you cos I thought maybe it was a good idea to shake things up a bit in politics. Biggest regret of my life!” reads one from this week. “God, I wish I never voted for you. You are a liar. You are ruining the country and the lives of good people. Sad.” reads another.

The disenchantment seems to be evenly split into two camps. “You see a lot of people that are just shocked that he’s doing what he said he’s going to do,” she said. Others point to Trump’s blistering rhetoric of the campaign trail and note with dismay “that there’s still Mexicans in the country ”.

Baguma, a social anthropology student at a university in Halifax, Canada, launched the Twitter account after Trump said he wouldn’t be pursuing criminal investigations into Hillary Clinton’s emails. “I was curious as to what his supporters thought of that,” she said. “And so I was searching and I was really surprised to find that there were so many people who were already regretting voting for him, for lots of different reasons.”

She decided to start keeping track. So far @Trump_Regrets has racked up some 169,000 followers, thanks to followers that include TV producer Dan Harmon, Dallas Mavericks owner Mark Cuban and actress Rosie O’Donnell.

Feedback has come from both supporters and detractors of the president. “The ones that find out I’m Canadian tell me to mind my own business.”

Others assume Baguma is making up the tweets. “The ones that didn’t vote for Trump, a lot come just to laugh and feel a little bit vindicated, some of them are really relieved and comforted to see that people are coming to their senses.”

In the days since the inauguration, she’s watched as the number of regrets online steadily increase. So far, the greatest source of remorse seems to be Trump’s behaviour. “I voted for you because you are a great business man. But when you speak sometimes you scare the heck out of me,” reads one tweet from this week. Others are more blunt: “I am so deeply ashamed I voted for this vain, lying man-not a man, a spoiled toddler.”

So far, the experience has changed the way she views those who voted the billionaire businessman into power. “I definitely learned that they’re a diverse crowd,” she said. Some were misinformed, others were set against Clinton by Trump’s strong rhetoric. “It’s sort of endeared me to them because a lot of them were totally well-intentioned, they were just frustrated and wanted to see a change.”