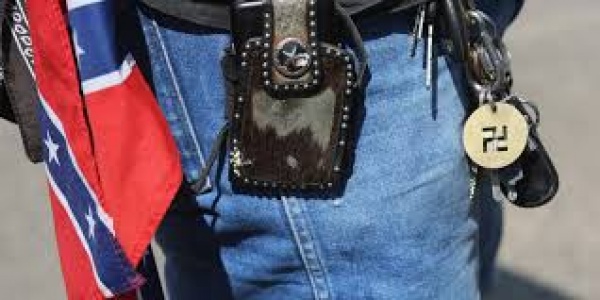 There have been reports of white supremacist groups infiltrating local police departments for years now, and it seems the FBI is so concerned about the trend that it’s put protocols in place to block sharing information with cops suspected of having white nationalist ties.

The Intercept has published a new report that shows the FBI’s Counterterrorism Policy Guide gives the agency the option to “mark a watchlisted police officer as a ‘silent hit,’ thus preventing queries to the National Crime Information Center… from returning a record that identifies the officer as having been flagged as a known or suspected terrorist.”

The guide doesn’t offer any specifics for whether the FBI should notify local police stations that one of their officers has been flagged as a suspected extremist, but former FBI agent Michael German tells The Intercept that “typically, if someone in the police department is suspect, unless it’s an extreme case of leadership, professional courtesy requires some sort of notification.”

The report notes that both white supremacists and so-called “sovereign citizens” — that is, individuals who refuse to acknowledge the authority of any local, state or federal government — have had a strategy of infiltrating police departments for more than a decade now.

Despite this, however, The Intercept notes that the FBI has “been reluctant to publicly address that threat or to point out the movement’s longstanding strategy of infiltrating the law enforcement community,” which has left the door wide open for these groups to have their members join local law enforcement agencies.