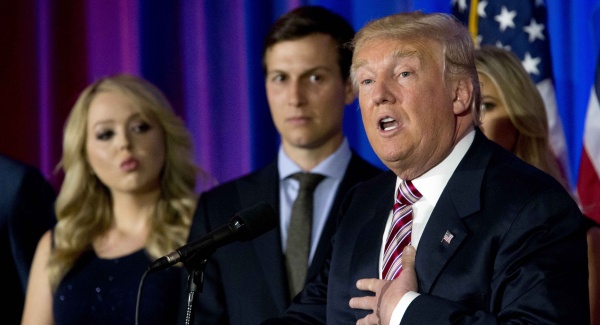 Jared Kushner, President Trump's son-in-law and one of his closest White House advisers, is registered to vote in both New Jersey and New York, while White House Press Secretary Sean Spicer is on the rolls both in Virginia and his home state of Rhode Island, according to elections officials and voting registration records.

Their dual registrations offer two more high-profile examples of how common it is for voters to be on the rolls in multiple states -- something Trump has claimed is evidence of voter fraud.

Along with Kushner and Spicer, The Washington Post has now identified five Trump family members or top administration appointees who were registered in two states during the fall election. The others are chief White House strategist Stephen K. Bannon; Tiffany Trump, the president's youngest daughter; and Treasury Secretary nominee Steven Mnuchin, as first reported by CNN.

White House officials did not respond to requests for comment.

Trump said this week that the fact that many voters are registered in two states is a sign of widespread voter fraud, calling for a “major investigation” into his unsubstantiated claim that millions of people cast illegal ballots in November.