Chicago: Teens In Juvenile Detention Give Input On How To Curb Violence 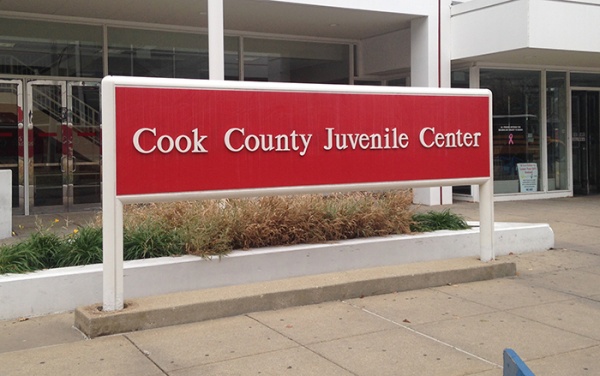 These are our children.

The killers. The victims. The bystanders.

We may not have given birth to them, but they come into a violent world that we helped to create.

That is the sad testimony that a group of teens, detained at Cook County’s Juvenile Temporary Detention, delivered last Thursday at the 2017 JTDC Summit hosted by Timothy Evans, chief judge of the Circuit Court of Cook County.

They entered the room single file. Even though they were not shackled, they assumed the hands-behind-the-back position that too many black and brown children are used to.

They could not speak about their own troubles or use their last names as their cases are yet to be adjudicated by the courts.

Nigel, 17, who grew up in the Back of the Yards neighborhood, had candid advice for parents struggling to keep their children from going down the wrong path.

“One option is to just up and move. This is nowhere to be raised. Once upon a time, Chicago was great. But now, as you see, it is not a good environment for children,” he said.

One thing has not changed, however.

“Most parents look at it like if you are strict, kids will rebel. But I think most kids need to have strict parents. It does miracles,” Nigel said.

While a lot of teenage males may walk around with what some adults see as an intimidating swagger, many of these teens are desperate to have some positive interaction with adults.

“A lot of people are just scared of us. They see us and automatically think that’s a thug. That’s a gangster. Well, it’s not,” the teen said.

“We don’t just wake up and put a blunt or a gun in our hands. Just stop and get to know us,” he said.

“We are not fighting over territories. People have lost too many homies — friends they grew up with — and now they want revenge for their friends. It’s gotten to the point where they don’t care anymore,” he said.

Leonard, 17, grew up in Riverdale, in a household with a mother who sacrificed her career in the medical profession to take a job that allowed her to spend more time parenting.

“But it’s only so much a lady can teach you. They can’t show you as a man could show you,” he said, shouldering the blame for whatever incident that brought him to the juvenile facility.

Mentorship programs work, but only if the person is willing to make a long-term commitment, the teen told me.

“It can’t be a one-time–talking-to-them thing. It’s got to be an everyday thing showing him step-by-step, trying to guide them and trying to get them to see the bigger picture. You need your black role models because if the streets become your role model, they crumble you up and eat you and spit you back out,” he said.

Still a juvenile, Leonard has a 7-month-old son.

When asked what he was looking forward to most upon leaving the Juvenile Temporary Detention Center, he didn’t hesitate.

“I didn’t have a father in my life when I was younger. So for me to give him what I didn’t have, that’s what keeps me motivated when I’m up in my room at night. Making a better life for him. Making sure he go to college so I can look back and say I did my job and not that I ran off and got other kids. I want to make sure he is OK,” Leonard said.

These children didn’t come here with guns in their hands and pain in their hearts.

Now, they are crying out for our help. Are we listening?