Repealing Obamacare Will Cause 43,000 Deaths A Year 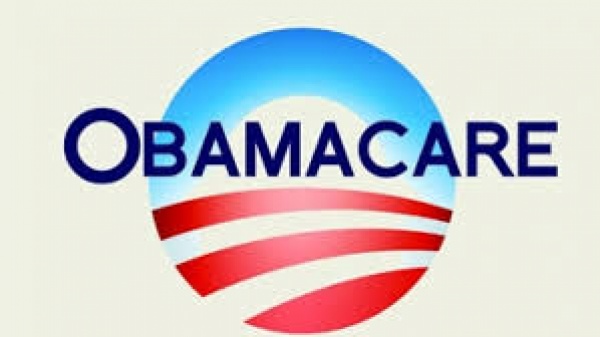 Now that President Trump is in the Oval Office, thousands of American lives that were previously protected by provisions of the Affordable Care Act are in danger. For more than 30 years, we have studied how death rates are affected by changes in health-care coverage, and we’re convinced that an ACA repeal could cause tens of thousands of deaths annually.

The story is in the data: The biggest and most definitive study of what happens to death rates when Medicaid coverage is expanded, published in the New England Journal of Medicine, found that for every 455 people who gained coverage across several states, one life was saved per year. Applying that figure to even a conservative estimate of 20 million losing coverage in the event of an ACA repeal yields an estimate of 43,956 deaths annually.

With Republicans’ efforts to destroy the ACA now underway, several commentators have expressed something akin to cautious optimism about the effect of a potential repeal. The Washington Post’s Glenn Kessler awarded Sen. Bernie Sanders (I-Vt.) four Pinocchios for claiming that 36,000 people a year will die if the ACA is repealed; Brookings Institution fellow Henry Aaron, meanwhile, predicted that Republicans probably will salvage much of the ACA’s gains, and conservative writer Grover Norquist argued that the tax cuts associated with repeal would be a massive boon for the middle class.

But such optimism is overblown.

The first problem is that Republicans don’t have a clear replacement plan. Kessler, for instance, chides Sanders for assuming that repeal would leave many millions uninsured, because Kessler presumes that the Republicans would replace the ACA with reforms that preserve coverage. But while repeal seems highly likely (indeed, it’s already underway using a legislative vehicle that requires only 50 Senate votes), replacement (which would require 60 votes) is much less certain.

Moreover, even if a Republican replacement plan comes together, it’s likely to take a big backward step from the gains made by the ACA, covering fewer people with much skimpier plans.

Although Aaron has a rosy view of a likely Republican plan, much of what they — notably House Speaker Paul D. Ryan (R-Wis.) and Rep. Tom Price (R-Ga.), who is Trump’s nominee to head the Department of Heath and Human Services, which will be in charge of dismantling the ACA — have advocated in place of the ACA would hollow out the coverage of many who were unaffected by the law, harming them and probably raising their death rates. Abolishing minimum coverage standards for insurance policies would leave insurers and employers free to cut coverage for preventive and reproduction-related care. Allowing interstate insurance sales probably would cause a race to the bottom, with skimpy plans that emanate from lightly regulated states becoming the norm. Block granting Medicaid would leave poor patients at the mercy of state officials, many of whom have shown little concern for the health of the poor. A Medicare voucher program (with the value of the voucher tied to overall inflation rather than more rapid medical inflation) would worsen the coverage of millions of seniors, a problem that would be exacerbated by the proposed ban on full coverage under Medicare supplement policies. In other words, even if Republicans replace the ACA, the plans they’ve put on the table would have devastating consequences.

The frightening fact is that Sanders’s estimate that about 36,000 people will die if the ACA is repealed is consistent with well-respected studies. The Urban Institute’s estimate, for instance, predicts that 29.8 million (not just 20 million) will lose coverage if Republicans repeal the law using the budget reconciliation process. And that’s exactly what they’ve already begun to do, with no replacement plan in sight.

No one knows with any certainty what the Republicans will do, or how many will die as a result. But Sanders’s suggestion that 36,000 would die is certainly well within the ballpark of scientific consensus on the likely impact of repeal of the ACA, and the notion of certain replacement — and the hope that a GOP replacement would be a serviceable remedy — are each far from certain, and looking worse every day.