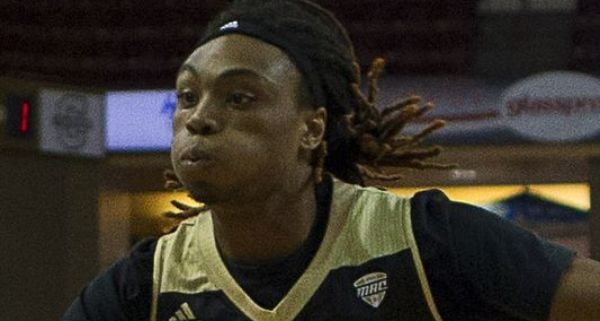 An armed robbery that two former high school teammates planned did not go how it was supposed to, one of the men testified in court, and left a Western Michigan University student dead on the floor of his apartment.

Joeviair Kennedy, a member of the Western Michigan University basketball team in December 2016, testified that he met up with Waire, his former high school basketball teammate, sometime before Jones was killed on the night of Dec. 8.

Waire asked Kennedy if he knew anyone they could rob, Kennedy said from the witness stand.

Kennedy said he did, and named Jones as someone he bought marijuana from before and a potential robbery target, Kennedy testified. He texted Jones about buying some marijuana, he said.

Kennedy originally planned to be the driver while Waire went inside to do the robbery, Kennedy said, but decided to accompany Waire inside when they realized there were more people at the apartment.

But first, Kennedy changed out of his WMU basketball gear with his number on it and gave Waire a red bandana to cover his face.

Kennedy pulled his dreadlocks back and tied a hoodie "all the way up" to conceal his face, he said, before going through the door with Waire, a friend he knew since age 7.

Kennedy, who is also charged with open murder, armed robbery and weapons offenses, said it was Waire who pulled the trigger.

Kennedy wore an orange jumpsuit and spoke to the courtroom while Waire sat feet away wearing a red jumpsuit, watching Kennedy speak.

Kennedy testified they took less than four grams of marijuana and about $25 in the robbery.

A former Western Michigan University basketball player's testimony against his longtime friend was not based on an agreement for leniency in a murder case against him, the prosecutor's office reports.

Attorneys on either side of the case prodded Kennedy and three other witnesses about the homicide.

Kennedy's testimony came after shooting witness Reagan Jewell held back tears while recounting details of the shooting near WMU's campus, and pointed to Waire while identifying him as the person wearing a red bandana that night and the one she believes shot Jones.

She stretched out her arm and held her fingers in the shape of a gun and testified that a man wearing a red bandana over his face pointed a gun at Jake Jones' face and shot him.

The man then pointed the gun at Jewell's face, she said.

Waire's attorney, James A. Marek of Marek Law Group in Muskegon, asked her how she knew the man in the red bandana was Waire.

"I would know the eyes that looked me in the face when I had a gun to my head," she said.

Marek told Waire to turn away before asking Reagan about the color of Waire's eyes and the other robber's eyes.

Both had brown eyes, she testified.

Marek asked about shoes, pants, color of clothing, and other details about descriptions of the two men.

One was wearing True Religion jeans with "bedazzling" on them, Jewell said.

Marek asked about how the gun was raised toward Jones.

"He went like this, that's all I know," Jewell said, and motioned with her arm outstretched with fingers in the shape of a gun.

One of the robbers took items from people at the apartment, she said.

After Jones was shot, a fight broke out between the people at the apartment, and phones were dropped on the floor before the robbers left, Jewell said.

Police used one of the phones as evidence in their investigation when they found the number was associated with Kennedy.

Michael Dobson, who said Waire briefly lived with him at Copper Beech apartments, testified he went to Meijer with Waire after Waire asked Dobson to purchase bullets some time before Jones was killed.

Dobson said he bought the bullets and Waire accompanied him to the store where they were purchased.

Dobson said he did not know what the bullets were for, but he knew Waire had a gun because Waire showed it to Dobson.

Dobson said he played basketball with Waire in Muskegon, and both are listed as members of the 2013-14 Class A State Champion Muskegon Big Reds, according to a previous MLive article. Kennedy was also on the team.