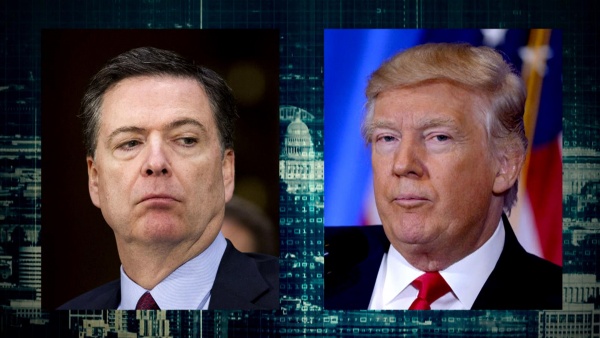 The FBI and five other law enforcement and intelligence agencies have collaborated for months in an investigation into Russian attempts to influence the November election, including whether money from the Kremlin covertly aided President-elect Donald Trump, two people familiar with the matter said.

The agencies involved in the inquiry are the FBI, the CIA, the National Security Agency, the Justice Department, the Treasury Department’s Financial Crimes Enforcement Network and representatives of the director of national intelligence, the sources said.

Investigators are examining how money may have moved from the Kremlin to covertly help Trump win, the two sources said. One of the allegations involves whether a system for routinely paying thousands of Russian-American pensioners may have been used to pay some email hackers in the United States or to supply money to intermediaries who would then pay the hackers, the two sources said.

The informal, inter-agency working group began to explore possible Russian interference last spring, long before the FBI received information from a former British spy hired to develop politically damaging and unverified research about Trump, according to the sources, who spoke on the condition of anonymity because of the sensitive nature of the inquiry.

The president-elect, who will be inaugurated Friday, has said he believes Russia was involved with the hacking, and he has called allegations that he or his associates were involved a “political witch hunt” and a “complete and total fabrication.”

Trump has yet to say whether FBI Director James Comey will be retained. The rest of Trump’s newly appointed intelligence and law enforcement chiefs will inherit the investigation, whose outcome could create national and international fallout.

Trump's presidential transition team did not respond to a request for comment about the inquiry.

A key mission of the six-agency group has been to examine who financed the email hacks of the Democratic National Committee and Clinton campaign chairman John Podesta. The London-based transparency group WikiLeaks released the emails last summer and in October.

The working group is scrutinizing the activities of a few Americans who were affiliated with Trump’s campaign or his business empire and of multiple individuals from Russia and other former Soviet nations who had similar connections, the sources said.

U.S. intelligence agencies not only have been unanimous in blaming Russia for the hacking of Democrats’ computers but also have concluded that the leaking and dissemination of thousands of emails of top Democrats, some of which caused headaches for the Clinton campaign, were done to help Trump win.

Trump and Republican members of Congress have said they believe Russia meddled in the U.S. election but that those actions didn’t change the outcome. However, Democratic Sen. Dianne Feinstein of California, a former chair of the Senate Intelligence Committee, said Sunday on NBC’s “Meet the Press” that she believes that Russia’s tactics did alter the election result.

The Senate Intelligence Committee has opened its own investigation into Russia’s involvement in the campaign. That panel will have subpoena power.

FBI Director Comey refused at a recent Senate hearing to comment on whether the bureau was investigating Russia’s hacking campaign for possible criminal prosecutions. Spokespeople for the FBI, the Justice Department and the national intelligence director declined to comment.

The BBC reported last week that the joint inquiry was launched when the CIA learned last spring, through a Baltic ally, of a recording indicating the Russian government was planning to funnel funds aimed at influencing the U.S. election.

Another source of information was the former longtime British intelligence agent, Christopher Steele, who was hired to gather opposition research about Trump for a Republican client and later a Democrat. Early last summer, Steele became alarmed about information he was receiving from a network of Russian sources describing a web of Trump’s business relationships with wealthy Russians and alleged political ties to the Kremlin, according to two people who know him. These sources also declined to be identified because of the sensitivity of the matter.

Steele’s reports also alleged that Russian consulates in New York, Washington and Miami were used to deliver “tens of thousands of dollars” to Kremlin-hired operatives using fictitious names as if they were legitimate Russian-American pensioners. That “ruse” was designed to give Russia “plausible deniability,” Steele’s reports suggested. However, Russia does not operate a consulate in Miami.

Steele, who had worked previously with the FBI and was well regarded, fed the bureau information in July and September suggesting collusion between Trump associates and Moscow in the hacking of Democratic computers, they said. Eventually, he met in Italy with an FBI official to share more information alleging that a top Trump campaign official had known about the hacking as early as last June, the sources said. About a month after the election, Republican Sen. John McCain of Arizona gave FBI Director Comey a copy of a 35-page compilation of Steele’s reports.

BuzzFeed posted the 35 pages of allegations online, acknowledging the report had obvious errors and had not been corroborated. Several news organizations, including McClatchy, had the document earlier but had resisted publishing any of the allegations because of the lack of verification.

Trump and Putin have branded Steele’s dossier as “fake news.” On Jan. 11, at his only news conference as president-elect, Trump dismissed it as “nonsense” and “crap.” On Tuesday, Putin accused soon-to-depart Obama administration officials of trying to undermine Trump’s “legitimacy,” suggesting that the White House had released Steele’s dossier. The Russian leader said those who had prepared the dossier were “worse than prostitutes.”

Steele’s information has been treated as unverified intelligence by the working group because most of it came from purported Kremlin leaks and virtually all of it is extremely difficult to corroborate, the people familiar with the investigation said.

The BBC reported that the FBI had obtained a warrant on Oct. 15 from the highly secretive Foreign Intelligence Surveillance Court allowing investigators access to bank records and other documents about potential payments and money transfers related to Russia. One of McClatchy’s sources confirmed the report.

Susan Hennessey, a former attorney for the National Security Agency who is now a fellow at the Brookings Institution, said she had no knowledge as to whether a Foreign Intelligence Surveillance Act warrant had been issued in the investigation of Russian influence. However, she said such warrants were issued only if investigators could establish “probable cause” that the target was a foreign power or its agent and that the surveillance was likely to produce foreign intelligence. She said the information in Steele’s dossier couldn’t have met that test.

“If, in fact, law enforcement has obtained a FISA warrant, that is an indication that additional evidence exists outside of the dossier,” she said.

One episode that Steele’s reports described from multiple sources referred to a late-summer meeting in Prague between Russian government representatives and Michael Cohen, a lawyer for the Trump Organization, the president-elect’s vast business operation. But the FBI has been unable to establish that Cohen was in Prague during that period, the two sources familiar with the working group said.

Cohen has denied ever traveling to the Czech Republic, although he told The Wall Street Journal that he did so in 2001.

For months, Trump has voiced positive sentiments toward Putin. In early January, he tweeted that “only ‘stupid’ people, or fools” would think it’s bad to have good relations with Russia.

“When I am President, Russia will respect us far more than they do now and both countries will, perhaps, work together to solve some of the many great and pressing problems and issues of the WORLD!” he tweeted last week.

During the campaign in July, he displayed ignorance that Russian-backed separatists had invaded Crimea in eastern Ukraine in 2014 and he called on Russia to hack away to uncover thousands of emails that Clinton had never made public after using a private server while secretary of state from 2009 to 2013.

At the Republican National Convention in Cleveland last July, Trump’s campaign associates successfully changed the Republican Party’s platform to weaken a provision advocating more military support for the Ukrainian government in its fight to defend itself against the Russian-backed incursion in Crimea.