Trump's Pick For Attorney General, Jeff Sessions, Is A Concern To The Black Community 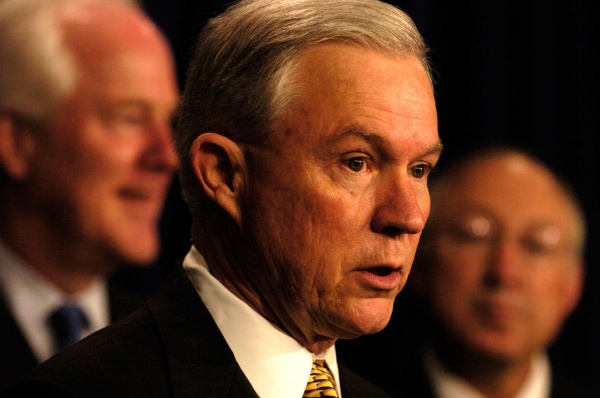 President-elect Donald Trump’s nominee for U.S. Attorney General, Jeff Sessions––an Alabama Senator who has been scrutinized for his history of racism and bigotry––is scheduled to be confirmed today. Last February, Sessions became one of the first senators to endorse Trump before many Republicans expressed their support.

Sessions will succeed current Attorney General Loretta Lynch, the first Black woman to hold the position, and her predecessor Eric Holder, the first Black man in the role. As head of the Department of Justice, Sessions could likely reverse any progress we’ve made over the years. He’ll have the power of supervising areas like the Federal Bureau of Investigation (FBI), Firearms and Explosives, and The Bureau of Prisons. Here's why his confirmation could be detrimental to the Black community:

1. As Senator, he’s been accused of blocking Black Judges:

Sessions has been accused of blocking several Black judges. A statement from Sen. Hank Sanders states, "it was definitely Jeff Sessions preventing the appointment of an African-American" to the federal bench in Alabama, referring to many failed opportunities to assign one.

Sessions has made indirect bashes at current Attorney General Loretta Lynch, saying last year, "I’m not happy about what’s happened to my Department of Justice.”

3. Sessions was denied the right to become a federal judge 20 years ago:

In 1986, Sessions became the second person in 50 years to have their federal judgment denied by the Senate. Democrats including Joe Biden and Ted Kennedy were just a few who voted against his nomination by Ronald Reagan.

4. He once joked about liking the KKK before learning they smoked pot:

According to CNN, once Sessions learned that some members of the Ku Klux Klan (KKK) smoked marijuana, he said that he thought the KKK was "OK, until I found out they smoked pot." He insists he was joking.

5. He labels the NAACP “Un-American”:

The Senate Judiciary Committee heard testimony during hearings in 1986 when Sessions made racist remarks and called the National Association for the Advancement of Colored People (NAACP) and American Civil Liberties Union (ACLU) "Un-American.”