Christian Rapper Sentenced To 18-Years For Murdering His Music Producer 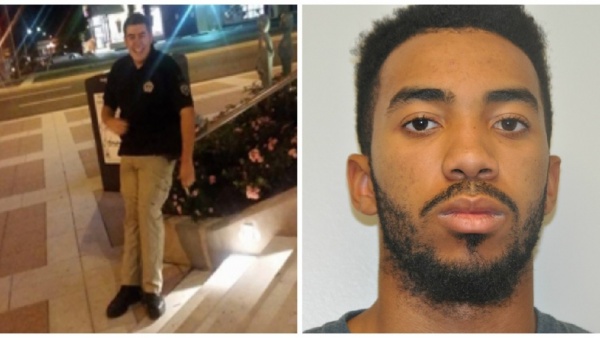 An aspiring Christian rap artist, who was convicted in September of killing his music producer by running him down with his Saab, has been sentenced to 30 years in prison with 12 years suspended.

In the early afternoon of Sept. 25, 2015, Salandy drove to McDaniel’s Clarksburg neighborhood. They had an explosive verbal argument. Police say Salandy then got into his silver Saab sedan, rounded the block, hit the gas and plowed right into McDaniel.

Investigators determined that Salandy was traveling between 37 and 49 miles per hour at the moment of impact, never braking, swerving, calling 911 or stopping to check on McDaniel’s injuries. The intensity of the collision broke every bone in both of McDaniel’s legs. His boots flung off his body. The 6-foot-3, 300-pound music producer rolled over the hood of the car and then catapulted through the air, ultimately falling onto the pavement, dead.

Detectives arrested Salandy a few hours later at his mother’s Germantown home. They say he was calm, never asked why he was being taken into custody, and did not inquire about McDaniel’s condition until about six hours later.