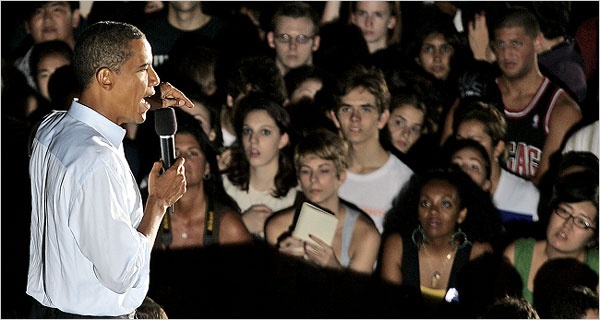 After he leaves office, President Obama says he would like to help Democrats build a bench of young leaders and act as a "coach" for young politicians.

"What I am interested in is just developing a whole new generation of talent," Obama told NPR in an interview published online Monday morning.

"There are such incredible young people who not only worked on my campaign, but I've seen in advocacy groups," the President continued, adding that he would like to offer "whatever resources, credibility, spotlight that I can bring to help them rise up."

He said that he would act as a "talent scout" as well as a "couch" for new leaders in the Democratic party.