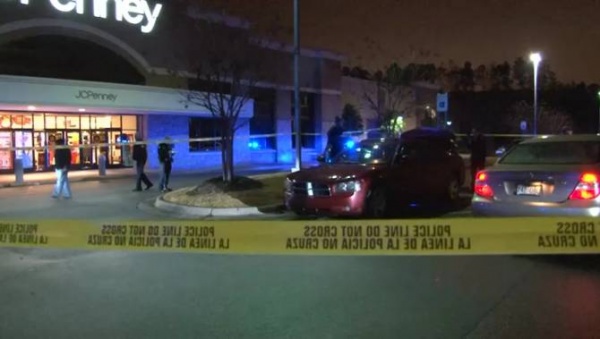 A 3-year-old on a preholiday shopping trip with his grandmother was fatally shot by a man who police believe grew impatient when the woman took too long at a stop sign.

The boy is the second toddler to be killed in Little Rock in less than a month, Police Chief Kenton Buckner told reporters at a Saturday evening news conference.

“This is about as frustrated as you can be as a public safety official, or just a plain citizen who’s sitting and watching this tonight, to think that these kind of things are occurring in our city streets,” he said.

“When it involves children, especially kids that are this age, they’re very innocent. They can do very little to protect themselves. You would hope that as a community . . . that we’d do everything we can to protect them.”

The shooting occurred just before 6:30 p.m. at the Shackleford Crossings shopping center near the city’s western edge. The collection of stores has a Walmart on one end and a J.C. Penney on the other. On the last weekend before Christmas, it was crammed with shoppers.

Among them were the grandmother and the little boy, whose identities have not been released.

The woman’s car was stopped at a stop sign near the J.C. Penney, police said.

Police say the grandmother didn’t know the man in the car behind her.

Without warning, he opened fire, police said, striking the 3-year-old. The boy died at a children’s hospital a little later.

“The community should do things that you shouldn’t have to ask the community to do, which is to be law-abiding,” he said. “We cannot have a community to where the least protected among us — being infants — are dying in these senseless crimes.”

Little Rock police launched a manhunt for the assailant, but they released only a vague description of the suspect — a tall black man in an older black Chevrolet Impala.

Saturday’s shooting comes less than a month after another fatal shooting of a small child riding in a car in Arkansas’s capital.

Two days before Thanksgiving, a 2-year-old was fatally shot in the back seat of her mother’s car on South Harrison Street, four miles east of the scene of Saturday’s shooting, according to the Arkansas Democrat-Gazette.