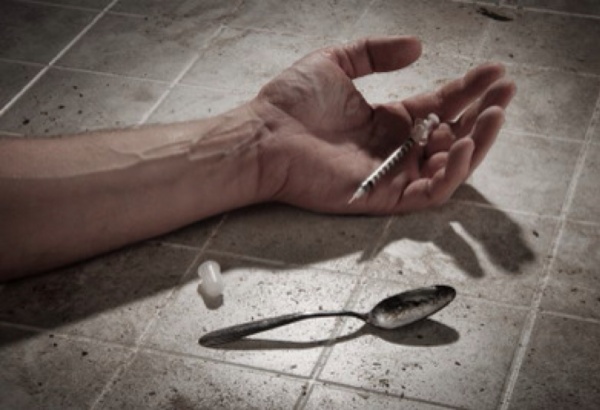 Andre Higgs was sentenced Thursday to 15 years in federal prison for selling fentanyl-laced heroin to two addicts who died of overdoses in Cambria and Allegheny counties.

The Wilkinsburg man was the last of three defendants to be sentenced for their roles in the 2015 deaths of Stacey Shaw, 38, of Altoona, and Ray Smith, 43, of Munhall, in a case that former U.S. Attorney David Hickton highlighted in his push to prosecute heroin dealers who kill people with “their poison.”

Higgs, 33, and his co-defendants, Romar Watts of Homestead and Brian Borruto of Ebensburg, were among the first in this region to be prosecuted. Since then, about a dozen others have been indicted.

Mr. Smith was 43 and had two daughters. His mother, Barbara Testa, said he began using drugs with his ex-wife in the mid-2000s and he went to jail. When he got out, he was clean for many years and began a relationship with a new woman who had four daughters. Mrs. Testa said he was a good family man but at some point he began using again.

“The first time it’s a choice, but after that it’s not a choice, it’s a struggle,” she said. “These dealers prey on the weak. He was not a strong person. He was a good person, but he was a follower.”

Ms. Shaw’s family declined to comment. But friends had said previously that her route to addiction began with painkillers. After being prescribed OxyContin for pain from two car crashes, she could no longer obtain the drug and switched to heroin. She had been using heroin for only a few weeks when she overdosed.

A team of federal and state agents and police tracked the heroin that Mr. Smith and Ms. Shaw used to Higgs, Watts and Borruto.

In the case of Ms. Shaw, Borruto was her dealer and friend. He drove to Pittsburgh to buy from the other two and drove back to Cambria County to distribute the drug to his customers. Ms. Shaw was one of them. When he was sentenced, he cried over having caused her death.

Higgs was a primary supplier for others in the Pittsburgh region. Ray Smith was one of his customers.

Assistant U.S. Attorney Craig Haller said Higgs dealt more than 1,000 grams of heroin between 2013 and 2015. He was also on probation from another federal drug case when he was arrested in this one.

Mr. Haller wrote prior to the sentencing: “Incarceration is societal self-defense against those who refuse to stop committing crimes. This is particularly true regarding heroin dealers who are well aware that they are polluting our communities with a substance that is killing thousands of people and ripping apart thousands of families each year. And the dealers deal it anyway.”