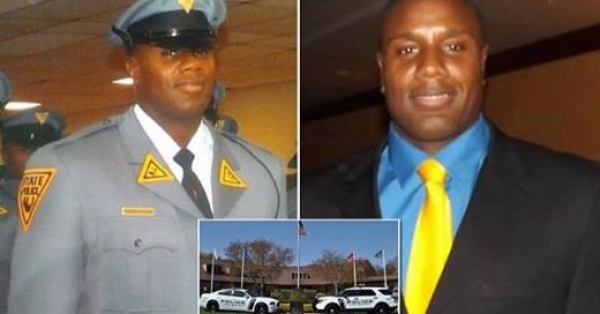 When New Jersey State Trooper Marquice Prather would pull women over while out on patrol, authorities say, his intentions were not always to uphold the law.

Last week, Prather, 37, was arrested and suspended without pay after women, between ages of 20 and 35, accused the officer of soliciting them for dates and phone numbers during traffic stops, according to a Dec. 13 news release from the New Jersey Office of the Attorney General.

He would seek out young women to pull over, then during the stops intentionally deactivate his wireless microphone and report — falsely — that it had malfunctioned, officials said. To hide his transgressions, Prather would alter his traffic stop reports, changing the gender of drivers “to disguise the fact that he stopped a high number of females,” according to the news release.

After the initial complaints and subsequent investigation, “a number of other women,” when contacted by law enforcement officials, gave statements “outlining similar alleged conduct.”

Prather of Linden, N.J., was charged with third-degree tampering with public records or information and fourth-degree falsifying or tampering with records. If convicted, Prather could face three to five years in state prison and a fine of up to $15,000 for the third-degree charge and up to 18 months in prison and a fine of $10,000 for the fourth-degree charge.

The charges will be presented to a state grand jury, officials said.

Robert Ebberup, Prather’s attorney, told NJ.com that his client would plead not guilty.

“We can’t comment on the case until more information is available,” he told an NJ.com reporter.

According to state payroll records obtained by NJ.com, Prather joined the state police force in 2013.