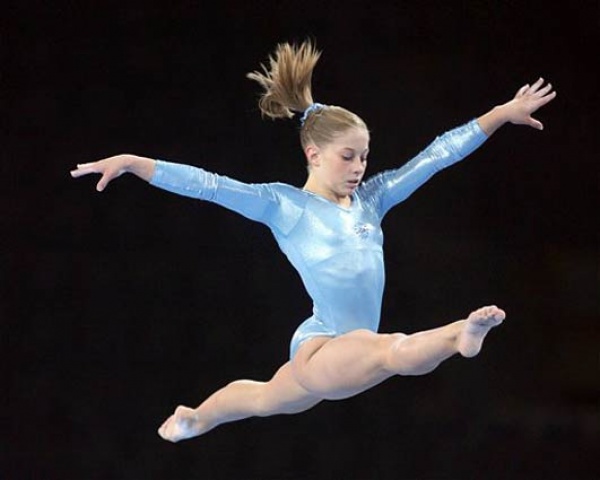 A 12-year-old gymnast molested by an Olympic coach during “therapy” sessions.

Children as young as 6 secretly photographed nude by coaches.

Coaches who slipped a finger inside girls’ leotards.

A coach having almost daily sex with a 14-year-old at one of the country’s most prestigious gyms.

No one knows exactly how many children have been sexually exploited in America’s gyms over the past 20 years. But an IndyStar-USA TODAY Network review of hundreds of police files and court cases across the country provides for the first time a measure of just how pervasive the problem is.

At least 368 gymnasts have alleged some form of sexual abuse at the hands of their coaches, gym owners and other adults working in gymnastics. That’s a rate of one every 20 days. And it's likely an undercount.

IndyStar previously reported that top officials at USA Gymnastics, one of the nation’s most prominent Olympic organizations, failed to alert police to many allegations of sexual abuse that occurred on their watch and stashed complaints in files that have been kept secret. But the problem is far worse. A nine-month investigation found that predatory coaches were allowed to move from gym to gym, undetected by a lax system of oversight, or dangerously passed on by USA Gymnastics-certified gyms.

USA Gymnastics calls itself a leader in child safety. In a statement responding to IndyStar’s questions, it said: “Nothing is more important to USA Gymnastics, the Board of Directors and CEO Steve Penny than protecting athletes, which requires sustained vigilance by everyone — coaches, athletes, parents, administrators and officials. We are saddened when any athlete has been harmed in the course of his or her gymnastics career.”

The organization noted several initiatives aimed at creating a safer environment, including the use of criminal background checks for coaches, the practice of publishing the names of coaches banned from its competitions, and programs that provide educational materials to member gyms.

• USA Gymnastics focuses its efforts to stop sexual abuse on educating members instead of setting strict ground rules and enforcing them. It says it can't take aggressive action because member gyms are independent businesses and because of restrictions in federal law pertaining to Olympic organizations. Both are contentions others dispute.

• Gym owners have a conflict of interest when it comes to reporting abuse. Some fear harm to their business. When confronted with evidence of abuse, many quietly have fired the suspected abusers and failed to warn future employers. Some of those dangerous coaches continued to work with children.

• Some coaches are fired at gym after gym without being tracked or flagged by USA Gymnastics, or losing their membership with the organization. USA Gymnastics often has no idea when a coach is fired by a gym and no systematic way to keep track. Ray Adams was fired or forced to resign from six gyms in four states. Yet some gym owners hired Adams, believing his record was clean.

• Though the vast majority of officials put children’s well-being ahead of business and competition, some officials at every level have not. Coaches suspected of abuse kept their jobs as long as they accepted special monitoring. Others were allowed to finish their season before being fired. In 2009, Doug Boger was named a USA Gymnastics Coach of the Year and was sent to international competition while under investigation for alleged sexual abuse.

• Victims’ stories have been treated with skepticism by USA Gymnastics officials, gym owners, coaches and parents. Former gymnasts Charmaine Carnes and Jennifer Sey said they felt pressured by Penny not to pursue allegations of abuse by prominent coaches Don Peters and Boger. Carnes said she thought Penny tried to keep the claims about Boger quiet for as long as possible to protect the sport’s image and win championships, a characterization that USA Gymnastics disputes.

In its statement to IndyStar, USA Gymnastics said it is constantly striving to improve.

In the wake of IndyStar’s August investigation, USA Gymnastics hired a former prosecutor to evaluate its bylaws and offer advice on how to strengthen its policies. It also established a policy review panel on its board of directors.

“USA Gymnastics is proud of the work it has done to address and guard against child sexual abuse,” the organization said in materials provided to IndyStar.

USA Gymnastics also said it's playing a central role in developing a U.S. Center for SafeSport to oversee education programs and investigate and adjudicate claims of sexual misconduct for all U.S. Olympic Committee governing bodies.

USA Gymnastics has touted its many successes, including years of expansion and recent domination by Team USA at the Olympics. But administrators in the Indianapolis-based organization have declined numerous interview requests from IndyStar.

Penny, who has been president since 2005, declined to be interviewed for this and other stories. Neither the chairman of USA Gymnastics’ board, Paul Parilla, nor board members responded to interview requests.

During IndyStar’s investigation, USA Gymnastics agreed to one interview with its lawyer and public relations chief. Otherwise, officials have accepted only written questions and responded with often incomplete written replies. Many questions have gone unanswered.

USA Gymnastics and Penny have taken other steps to keep details of abuse cases secret. The organization as well as individual member gyms have entered confidentiality agreements as part of settlements in negligence cases with gymnasts claiming abuse.

And in court, USA Gymnastics has fought the release of documents that would show how Penny and other top officials have dealt with molestation allegations.

IndyStar went to court in Georgia and won a case in August to unseal depositions and sexual misconduct complaint files on 54 coaches. The Georgia Supreme Court confirmed that ruling in October and ordered the documents to be made public. But USA Gymnastics is continuing to fight, delaying the release.

Many who want reforms in Olympic sports said they are frustrated by the lack of meaningful action.

"It saddens me because I love our sport,” said Molly Shawen-Kollmann, a former member of the U.S. national team and current coach in the Cincinnati area. “This is not indicative of who we want to be. As an organization, they aren't doing their job."

“It’s very serious,” said Nancy Hogshead-Makar, an Olympic gold-medal swimmer and attorney who is now CEO of the advocacy group Champion Women. "It's just too easy for coaches to keep getting hired and hired and hired. Sexual abuse thrives on the fact that people are embarrassed about the topic, ashamed to talk about it, and they keep quiet about it. And that's exactly why molesting coaches keep getting hired at the next place. Nobody talks about a coach that is inappropriate with athletes; the coach quietly moves away and gets hired someplace else."

Mike Jacki, USA Gymnastics president from 1983 to 1994, noted that gymnastics is a sport in which winners and losers are determined by subjective judging. An outspoken gym owner or coach might fear gymnasts will be left off elite teams, including the Olympic team, which is chosen by a committee except for the all-around winner at the Olympic trials. For athletes with even modest ambition at the local level, it's wise not to make enemies.

"There's paranoia at all levels," Jacki said. "It's hard to take a stand."