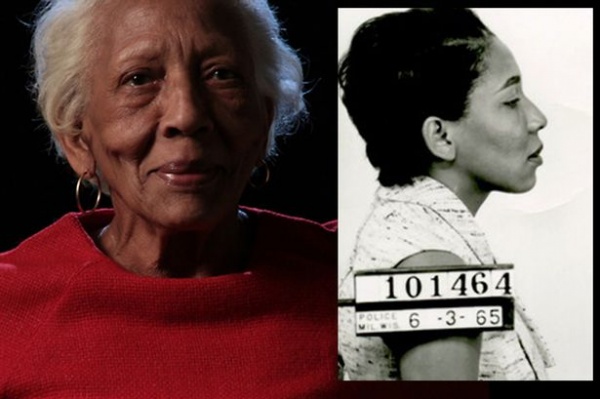 Doris Payne, a notorious octogenarian jewel thief with a long rap sheet in Southern California, has been arrested yet again on larceny charges in an Atlanta suburb.

Payne, 86, was arrested Tuesday for trying to steal a $2,000 diamond necklace from a Von Maur department store in the Perimeter Mall in Dunwoody, Ga., the Atlanta Journal-Constitution reported. Payne allegedly slipped the necklace into her back pocket and tried to leave the store, Dunwoody police told the newspaper.

Payne’s decades of theft were chronicled in a 2013 documentary called “The Life and Crimes of Doris Payne.” The Jewelers’ Security Alliance, an industry trade group, sent out bulletins as early as the 1970s warning about her, according to the Associated Press.
From Our Partners: This 'Terminator 2' action figure would be greatest gift of all time

In November 2013, she swiped a $22,500 diamond-and-white-gold ring from El Paseo Jewelers in Palm Desert. She pleaded guilty to one felony count each of burglary and grand theft and was sentenced to four years in custody — two in county jail, two under mandatory supervision.

A Riverside County judge ordered her to stay away from all jewelry stores during that time. A district attorney’s spokesman at the time said the D.A. objected to the sentence and argued for a maximum of six years in custody.

“The judge tempered punishment with compassion about her age,” one of her attorneys, Gretchen von Helms, said at the time. “He took into account the taxpayers’ pocketbook. And do we really need to incarcerate a nonviolent offender — yes, a repeat offender, that’s true — who’s ill, who has emphysema, who’s elderly?”

She was previously convicted in 2011 for stealing a ring in San Diego and another in Santa Monica. She was released from prison roughly three months before the Palm Desert theft.

Last October, Payne was arrested in Atlanta after she allegedly stole a pair of $690 Christian Dior earrings from a Saks Fifth Avenue department store in a mall, according to the Journal-Constitution.

Police received a call about this week’s alleged theft just before 5:15 p.m. Tuesday, the Journal-Constitution reported.

Online records from the DeKalb County, Ga., jail show that Payne was arrested on suspicion of theft by shoplifting but do not provide bond information. A spokesman for the DeKalb County district attorney’s office said Tuesday morning that she had not yet been charged.

“I have no idea why she would go out and do this,” Sonjia Williams, a spokeswoman for Payne, told NBC News. “She knows better.”