Trump Thanks 'The Blacks' Bigly 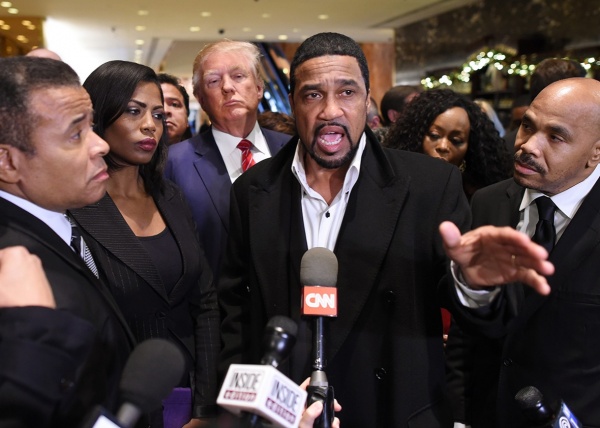 President-elect Donald Trump claimed Friday night that African Americans came through for him “big league” in the November election and said those who stayed home were “almost as good” as those who voted for him.

Trump’s comments came during a rally in Grand Rapids, Mich., the latest stop on an ongoing “thank you” tour of states where the Republican prevailed against Democratic nominee Hillary Clinton.

“The African American community was great to us,” Trump told his crowd Friday night. “They came through, big league. Big league. And frankly if they had any doubt, they didn’t vote, and that was almost as good because a lot of people didn’t show up, because they felt good about me.”

Among the reasons for Clinton’s loss was lower-than-anticipated turnout among demographic groups that propelled Obama’s victory, including African Americans. Trump, meanwhile, benefited from a strong performance among working-class white voters.